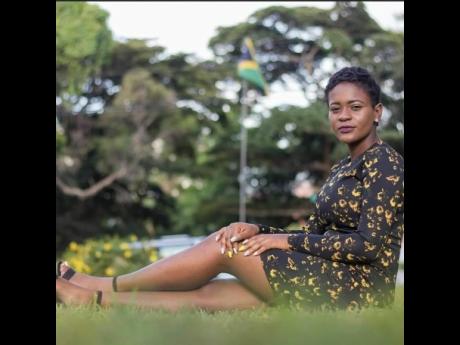 Shereef Farquharson remembers the night she was caught shoplifting in a pharmacy with her baby in one hand and her loot in the other.

A university dropout and single mother who was struggling to provide for herself and her child, she had resorted to the unthinkable.

"I was forced to drop out of university at 18 because I got pregnant with my son. I was in denial, but reality kicked in when it was time to tell my parents I was pregnant. The pain I felt inside was excruciating, because I knew that I was now a disappointment to them. My dad broke down in tears. I knew I had failed him," she said.

Although her parents were supportive, Farquharson left home and decided to take on life as a teen mom by herself.

"My dream of becoming a lawyer was completely shattered. My energy and time were put into seeking employment to care for my child. I suffered constant hunger, sleeping at a bus stop, shoplifting diapers, formula, etc. I suffered so that my son didn't have to," Farquharson, now 26, told THE WEEKEND STAR.

A pivotal moment in her struggles came when the security guard refused to turn her in after he saw her shoplifting.

"One night I went into a pharmacy and I had only one diaper left and that was already on my son. I went to the babies' section and tore a pack of diapers and took 12 diapers and a formula and put them inside my bag. I started heading out when someone shouted, 'Ma'am, hold on'. My heart fell to the ground. I looked around and it was the security. He came up and said softly, 'You forgot the tag under the formula, go to that corner and remove it, and get out of here.' I couldn't believe it. I did as I was told, and I cried the entire way home," she said.

Tired of the suffering, Farquharson, who lives in Clarendon, decided to move back home and was advised by a friend to seek employment at a call centre in Kingston. Her parents agreed to help take care of her son. Though the journey from Clarendon into Kingston was strenuous, Farquharson said she was content with being able to provide for her baby.

"I got up at 3:30 in the morning and headed out to Kingston for work. I didn't get home until 10 p.m most nights, but I was happy. I was finally earning, and that was enough," she said. Farquharson now manages a business with her mother at Desiree Bridal and Catering Company in May Pen.

"I'm still not where I want to be, but I'm far from where I was. I'm in a much better place than I was seven years ago. I'm better mentally, and I have a partner who stands with me every step of the way," she said.

Her mantra is 'Wah nuh dead, nuh dash weh', and she is heading back to university to pursue a bachelor's degree in criminal justice. She urges persons who are facing turbulent storms not to give up.

"You're not alone. It's okay not to be okay. We were all placed on this earth for a reason. It's not how fast you get to your dreams, it only matters when you get there. Never settle for mediocrity. You'll get there, and you are more that enough," she said.