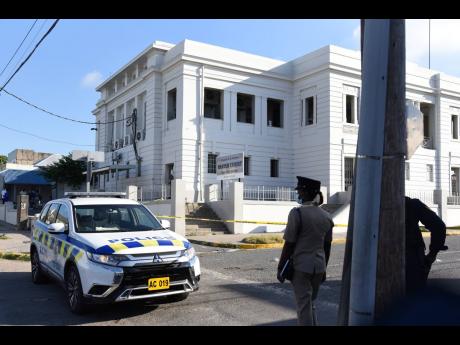 Whenever George sees an unfamiliar vehicle approaching his Tel-Aviv community in Central Kingston, his first reaction is to run for cover.

He says this is the daily reality for him and other residents of the violence prone area. He stated that an ongoing war has been crippling their livelihoods and he longs for peace.

"Bare drive-by a gwan, suh anytime mi see a vehicle a come mi start look fi place fi take whe myself. A just recently dem drive up and give a man 19 shots just like that," he said.

Marie, who has lived on nearby Fleet Street for more than three decades said she has grown accustomed to the constant flare-ups. A long-running gang feud in Central Kingston has claimed the lives of more than a dozen persons in more than a year.

"A whole heap a years this war a gwan and nobody nuh know wa really a cause it. This come in like the new normal so nobody not even a make it bother dem anymore. Dem go road same way but as soon as dem see the blue light dem take way dem self," she said. "Right now things bad but it nuh suh bad. When it touch close to Christmas the place get bad. One time a just politics war used to gwan a dem place here but dem time man a come tell yuh say yuh must take the children off the street and ting before them start fire shot."

Persons on Rum Lane shied away from speaking with the news team. However, one resident, via telephone, stated that she and others are cowering in fear and tremble at even the slightest sound.

"More time a night time mi inna mi bed and hear the dog a bark and mi listen fi hear if is a special bark dem a make. Dog bark differently when gunman a pass through and once we hear dem start prolong like dem a send a message, a straight under mi bed mi reach. Mi wah see peace now man but mi know dat is just a wish, nothing else," she said.

THE STAR reached out to Superintendent Maldria Jones, head of the Kingston Central Police Division, for a comment, but she said she was unable to give one at the time.