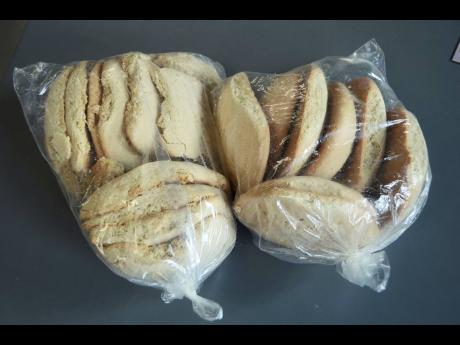 The distribution of 'nutri bullas' and milk under the education ministry's nutritional programme in primary schools has been halted, according to Dr Grace McLean, acting permanent secretary in the ministry.

McLean said that the money is issued by the Ministry of Labour and Social Security (MLSS) on its scheduled disbursement dates for PATH benefits.

"The current disbursement started April 14. Students at the early childhood level are provided with $100 per day and primary and secondary students get $150 per day for a number of feeding days in the school term," she said. "MLSS adds the amount for feeding to the cash grant that they would normally give to the parents."

Interim president of the National Parent-Teacher Association, Mitsie Harris Dillon, told THE STAR that she is aware of the policy change.

"Last year, I know they tried to do some deliveries but it wasn't working out so they decided that they were going to give the parents some funds instead. However, I think people were complaining that the funds were not enough," she said. Meanwhile, principals Rojae Kirlew of the Cassava River Primary and Infant School in St Catherine, and Keisha Hayle of the Padmore Primary School in St Andrew, said they would prefer if schools were still being supplied with the bullas and milks.

"It is really challenging for the students because most of them depend on it, but what we do is try to encourage the parents to do their best in this pandemic. I hope pretty soon it will be back to what it was," said Kirlew.

"The children are online but they are hungry. They need to get their nutritious meals and I have to be cooking and giving them stuff to eat. All they are having is chips and sweet juice," Hayle added. Since 1973, Nutrition Products Limited has been providing public schools with meal items, including bulla cakes and bag juice, under the education ministry's portfolio.

"Is the nutrition programme grow me and me use to even beg the teacher for a little extra for my dinner, so that's why I'm so passionate about it and know what it is like for students to not receive. If they send it to the schools, the parents will come and pick up or the schools will deliver it," Hayle said.