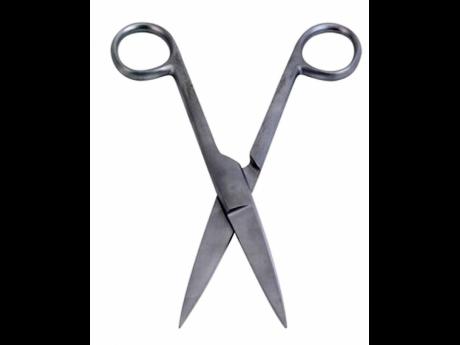 A teen was yesterday freed of the charge of being armed with an offensive weapon when he appeared in the Kingston and St Andrew Parish Court.

Ronjay Gordon, 19, who turned up to court accompanied by his mother, pleaded not guilty. However, when Chief Parish Judge Chester Crooks asked his mother to vouch for him, she told the court that her son was actually guilty of the offence. The unexpected turn of events caused the courtroom to fill with laughter.

"What is the relation to this man?" the judge asked the woman. "I am his mother. He had the knife," she said sternly.

The court heard that Gordon was held with a large pair of scissors with orange handles, after he was seen acting suspiciously along the roadway. "Do you want me to keep him for a little bit?" Crooks asked the mother of four.

"No, Sir, because him is not a troublemaker. Is just that I don't like the court thing, and I don't want to be going and coming. But if he was a troubled child, like him go around robbing people and stuff like that, I wouldn't have a problem with you keeping him," she said.

Gordon was then let off with a stern warning by the judge to never commit the offence again.

"Ronjay, behave yourself and take care of your mother. Admonish and discharge, [but] don't let it happen again, you hear," he said.