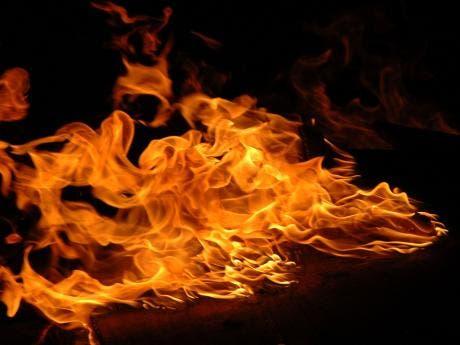 Residents living in the Bonnie View area reportedly saw smoke coming from a section of the hotel, which was once a favorite get-away spot for honeymooners and celebrities including former Hollywood legend Errol Flynn, and called the fire department.

One unit from the Port Antonio fire station responded to a fire call shortly before 8p.m and upon arrival fire was observed coming from a section of the abandoned hotel.

Firefighters managed to extinguish the blaze and prevented other sections of the derelict building from fire damage.

Councillor for the Port Antonio division, Dexter Rowland, said that the condition of the hotel is agonisingly painful to look at. He pointed out that a combination of factors including back to back hurricanes have contributed to the demise of the hotel, which flourished heavily in the 1970’s, 1980’s, and 1990’s during the cruise ship era.

“Back then hotels like Bonnie View had many guests and operated full time. We are unsure as to how the fire started, but it could very well be the work of arsonists, as the entire Bonnie View hotel building is covered with vegetation and is infected by rats, roach, centipedes, termites, and mosquito. It is a breeding ground for pests and insects," he added.