Teen threatens to kill brother in front of police 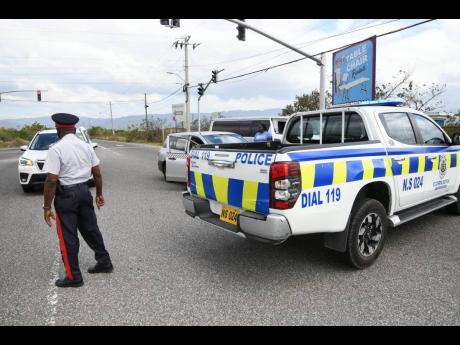 An 18-year-old male was on Thursday ordered to compensate his brother $40,000 when he appeared in the Kingston and St Andrew Parish Court.

Kyle Chambers pleaded guilty to assault occasioning bodily harm. The court heard that when Chambers was brought to the police station, after his brother had filed a complaint against him, the teenager threatened to kill his sibling who had suffered injuries to his head and right hand after they got into a dispute.

When Parish Court Judge Lori-Ann Cole-Montague asked the complainant if he wanted compensation, he told the court no, as he believed Chambers is not in a financial position to compensate him.

"That is your concern, Sir? Sometimes the court forces people to get money. He will get the money if he knows it is the money or prison. The courts are very persuasive, you know, so don't worry about him not having the money at this time," the judge said.

Cole-Montague asked if the complainant would accept $60,000 as compensation but he told the judge he would take $20,000 instead.

Chambers told the judge that he was not sure when he would be able to make payment to his brother. However, Cole-Montague told him that he would be remanded in custody until he is aware of when compensation would be made.

"You need to tell me how long you want your remand. I suspect the reason that you are in custody is because you had the audacity, it is alleged, to threaten him in front of the police. If that is the reason, I support it a hundred per cent. The presence of the police must mean something," Cole-Montague stressed.

Chambers is expected to return to court on May 3 for sentencing.