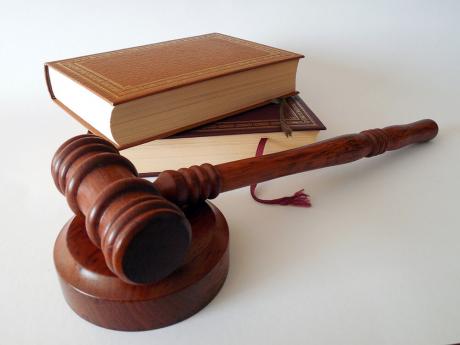 HAMILTON, Bermuda, CMC — A Bermudan court has rejected an appeal for a lighter sentence by a Jamaican man jailed for 18 years for drug trafficking.

Omar Davy, 40, who is from Mandeville in Manchester, was found guilty of smuggling US$765,700 worth of heroin into the island on a flight from Toronto, Canada in 2018 and jailed the following year after being convicted by a Supreme Court jury.

Now, the Court of Appeal has upheld that 18-year sentence.

Davy launched his appeal for a lesser sentence in March, claiming that he would have pleaded guilty to the offence had he received proper legal advice.

Defendants who admit their guilt, show remorse, and avoid a trial can have their custodial sentences reduced by a third.

At his Supreme Court trial, Davy said he was kidnapped by a group of gangsters the day before he flew to the island.

He claimed he was beaten by the gang, who also threatened to harm his mother and sister in Jamaica, before forcing him to become a drug mule.

Davy was arrested shortly after he arrived in Bermuda the following day.

Davy's defence that he was acting under duress was rejected at his trial because his family was not in any immediate danger when the threats were made against them.

“Had Davy understood the law – which I think is very, very clear with respect to the defence of duress in this jurisdiction – he would not have persisted in his not guilty plea,” his lawyer, Elizabeth Christopher, told the Court of Appeal.”

But, in a written ruling handed down by the court, that argument was rejected.

Judge Geoffrey Bell pointed out that, because a trial had gone ahead, Davy could not be given any credit for saving court time and expense.

He also said that he was “highly sceptical that the appellant has either truly acknowledged his guilt, or demonstrated any remorse”.

“If a defendant were to be given the discount based not on whether a trial was in fact avoided because that defendant pleaded guilty, but based on the nature of the advice said to have been given to him by his counsel, the sentencing policy insofar as it affords discounts for early guilty pleas by others would no doubt be thrown into uncertainty and confusion.

“So the position in my view is that the discount for a guilty plea must remain based on an actual guilty plea, and not one based on what might have happened,” Justice Bell wrote.

Christopher had also argued that Davy's sentence was excessive when compared to prison terms given to drug mules.

But the appeal judges also rejected this claim, saying it was “unsupported by authority.”