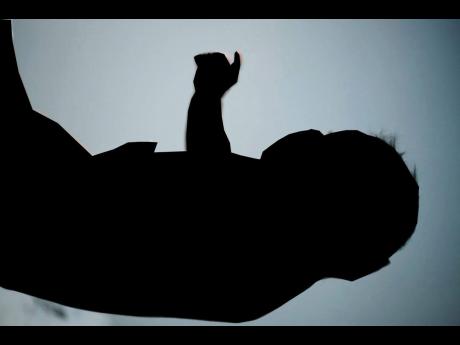 Police personnel on the scene of a demonstration in Scotts Pass, Clarendon, yesterday had to transport a pregnant woman to hospital after she reportedly went into labour.

The expectant mother's trip along the roadway was disrupted by the demonstration that was staged by motorists lamenting the poor conditions of the road.

"We even had to walk an expectant mother to one of the police service vehicles, it's a shame," said taxi operator Steve Morris. "Last week I missed at least seven head-ons (collisions), because there's a corner there we have to swing over because the hole is very deep. The situation is too bad in Jamaica where we have to do things like this to get results."

According to Morris, motorists have been dealt a sour deal having to traverse the road for almost a year.

"I just hope we can get the authorities to come and address this. We have so many ministers passing on this road and the road is in such a deplorable condition, it's really bad," he said.

Another disgruntled taxi operator who gave his name as Sheldon said "The hole dem in a the road, them need fi sort out dat. It take like an hour from Porus fi go to Toll Gate. If you coming from [Kingston] coming up Toll Gate is the same length a time. The road nuh nice, it nuh pretty."

He further lamented that the poor conditions of the roads have been dwindling his finances, citing the need for extra money to repair damage to his vehicle.

Lothan Cousins, member of parliament for Clarendon South West, confirmed that persons who traverse the route have been suffering for months.

Speaking with THE STAR, Cousins said "Firstly, we regret the fact that the motorists had to take matters into their own hands to block the main thoroughfare. I'm hoping that there is no reoccureence and that the NWA (National Works Agency) who has responsibility for the road will move quickly to effect the well-needed repairs."