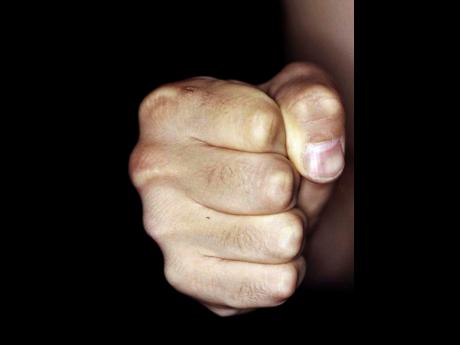 A father and son, who got into a fight following an argument about their home, were able to resolve their issues at the Kingston and St Andrew Parish Court yesterday.

"Both of you coming from the same house today?" the judge asked Miller. "Yes, Sir, we live together," he responded. Miller appeared in court facing charges of inflicting bodily harm.

According to reports, on April 11, Miller punched his father in his left eye at their home in Wickie Wackie, Bull Bay, St Andrew, after an argument developed between them, relating to the father wanting to sell the family home.

"Me say to daddy 'think about you actions. If you sell the house where me, mommy and me little sister ago live'?" Miller told the court. "Daddy still in a the house a curse and say a fi him house and him a go sell it if him want. Then me walk go outside a di back of the house and him come outside come buck me in a me head and the two a wi start fight."

"Wi drop a ground and start wrestle because him a fight back and a so me end up thump him to ease him off," he added.

His explanation of the events caused laughter in the courtroom. Both Miller and his father were in the mediation session for an hour before re-entering the courtroom. The father demanded a sum of $3,000 from his son, which should be paid on May 27 to the court.

The Millers were sent off with a warning from the judge to let peace reign at their home. "Please keep the peace and be safe," said Crooks.