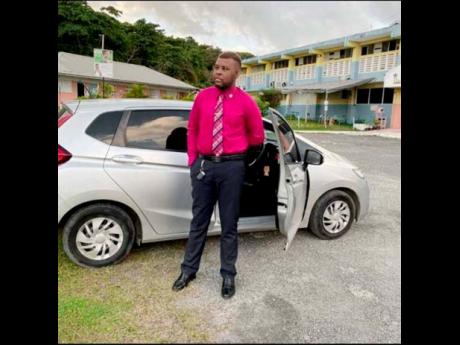 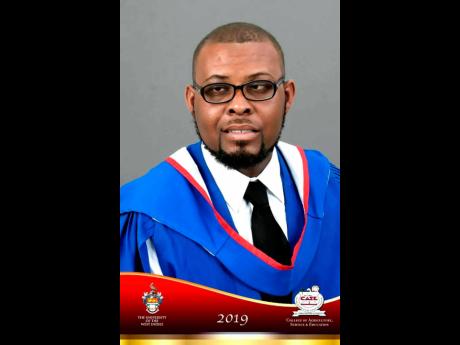 For years, Leon Baker, 37, says he was "crippled" by degrading taunts that his peers would hurl at him because of his appearance.

"I associate my complexion to that of carrot. I was walking in Port Antonio and a lady asked me if she could touch my skin because she has never seen anyone with my complexion," he said. "My facial hair is black like it is dyed and the hair on my head is like blond. The hair on my skin has a gold look." Baker said that the hardest thing he had to deal with was the stares.

"People were afraid of me because of my colour. People kept asking me which direction I am looking because my eyes are strange and don't focus like other people," he said.

Baker was given names like Puss Head, Red Testicles, Bake Dem and Centi Bredda. He said that he felt like a recluse and acted accordingly.

"My mom kept me protected. She had fear that people would hurt me because they cannot understand," he said. "The love that I have for people, I have never been a recipient of it. All I have received is resentment because people cannot accept the the differences that exist about me."

After leaving high school in 2001 with bad grades, Baker, remained in his Epsom, St Mary, community feeling like a nuisance to society.

But he has managed to beat all the odds. He earned a bachelor's degree in secondary education from the College of Agriculture, Science and Education in 2019.

"I'm now a mathematics teacher by profession at the Annotto Bay High School and I have already registered to pursue my masters at UWI," Baker told THE WEEKEND STAR. The years leading up to this were difficult for Baker as he struggled with self-acceptance and financial difficulties.

"It took a lot out of me to be where I'm at now. When I left high school, all my CXC grades were four and five because I never got the chance to focus. Every day it would be constant name calling. I just felt useless," he said. "(But) In 2012, I got the motivation from my friend to do something great with my life and I never looked back."

That year, he applied to do evening classes at the Annotto Bay Primary School but couldn't even afford the $250 application fee.

"It was a cousin of mine gave me that money to register," he said. "The gentleman who was doing the evening classes allowed me to attend free of cost. I remember saying to the teacher Mr Fitz 'there is nothing I can do to repay you, but I promise you all ones when I sit my subjects'." Baker kept his promise. From 2012 to 2013 he got grade ones in English Language and mathematics. The following year, he earned ones in information technology, human and social biology and principles of business.

Then I headed to college," he said, noting that he was the first in his family to do that.

"I consider God as the strength and source of energy for my life and inspiration," he said. "I am a very praying person and I have wonderful colleagues and church brethren." Now his dream is to change a life with his story.

"I don't even know my father. My mother only met him because he came into the community to work and after she told him she was pregnant at two months, he left. That affected me also but my stepdad was here and I thank God for him," he said. "I've been through a lot but it's never too late for a change."