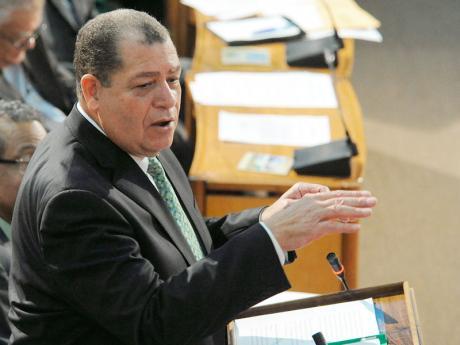 Minister of Industry, Investment and Commerce,  Audley Shaw, says the Caribbean Cement Company Limited’s  planned investment of  another $1.75 billion, will contribute to the continued development of the construction sector.

The company plans to invest this sum over the next three years to improve its efficiencies and continue to increase its capacity.

“This expansion supports the growth in the construction sector, which is one of the few sectors that show consistent growth during this difficult period,” Mr. Shaw said, during his contribution to the 2021/22 Sectoral Debate in the House of Representatives on Tuesday.

The Minister pointed out that the company has invested approximately $12.5 billion between 2016 and 2020 to expand its capacity to increase production.

“As a result, the company has boosted its production capacity to 1.32 million metric tonnes of cement [per annum]. That is the highest amount of cement they have ever produced in Jamaica,” he said.

In the meantime, Mr. Shaw argued that the construction sector presents an opportunity for further investment in areas such as housing, to include the diaspora and the projected growth in the tourism sector.

“I mention the diaspora because… no matter where they are… they [are] looking at coming back home to Jamaica and we have to prepare for them [and] provide protected housing schemes for them [to] let them feel welcome and comfortable. Instead of retiring to Florida, Jamaicans must retire to Jamaica. We believe that the diaspora has the potential to contribute to Jamaica and are prepared to make the necessary investment in retirement villages, among other areas,” he said.