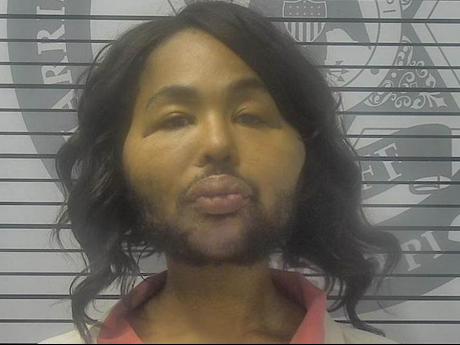 A serial bank robber who used money she had stolen from bank robberies to pay for plastic surgery will serve 15 years in prison for robbing a Gulfport bank.

Judge Randi Peresich Mueller sentenced her to a total of 30 years in prison, with 15 years to serve.

Facce was intending on getting plastic surgery abroad to feminise her face with procedures on her cheeks, lips and nose and used the stolen money to do so.

Reports are that on March 22, 2019, police were notified of a bank robbery.

Allegations are that Facce gave the tellers a threatening note, demanding they give her money. They followed the threat.

Footage of the theft was filmed on the bank’s security cameras and images were published by news outlets, alongside calls for help in figuring out who the suspect was.

Police got reports of a deserted car near the bank and a person, who matched their impression of the suspect, witnessed walking away from it.

The owner of the stranded car was discovered to be Facce.

Facce was eventually arrested eight days after the robbery on 30 March 2019 at Houston International Airport as she was flying back from Mexico. She was discovered due to tracking her mobile phone and made very distinguishable with her face bandages from her surgery.