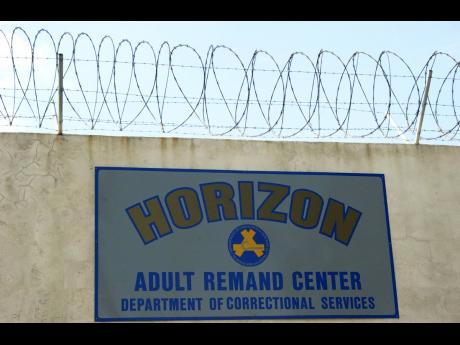 An inmate at the Horizon Adult Remand Centre who is currently serving a life sentence will have to answer to assault charges on July 1.

The accused, Courtney Brown, pleaded not guilty in the Kingston and St Andrew Parish Court on Wednesday after being charged with assault occasioning bodily harm.

The complainant, who is Brown's cellmate, said that on February 22, he was filling a bottle with water at a pipe when Brown attacked him from behind. It is reported that Brown used a sharp object to cut him all over his body and hit him in his forehead. The complainant, in his statement, said he had known Brown for 16 years, but a feud had recently developed between them.

"Let me ask you something, Sir, you want to come back to trail on this?" Parish Court Judge Lori-Ann Cole Montague asked. "I want the case to try, Your Honour, because that man know that I should get parole and him just a try corrupt people against me," said Brown. The two are now being housed on different blocks since the incident.