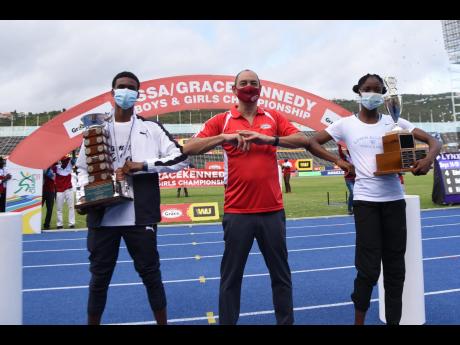 Edwin Allen High School will take the girls champs trophy back to Frankfield, Clarendon as they won their seventh consecutive title, and eight overall, with a total of 340 points, at the end of the fifth and final day of the 2021 ISSA/GraceKennedy Boys and Girls' Athletics Championships at the National Stadium in St Andrew.

The girls from Monk Streek's St Jago High, finished second with 309.5 points ahead of Hydel High in third with 301.5 points.

Jamaica College (JC) dominated the final day of action after trailing Kingston College by 7.5 points heading into today's schedule to lift the Mortimer Geddes trophy for the 22nd time.