May 23 declared as National Day of Prayer in Trinidad 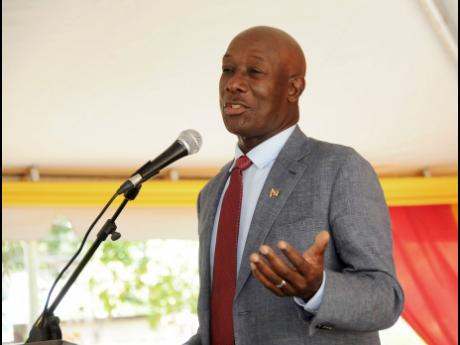 Port of Spain, Trinidad (CMC) — Trinidad and Tobago Prime Minister Dr Keith Rowley has declared May 23 a National Day of Prayer as the country continues to grapple with the coronavirus pandemic.

According to the Office of the Prime Minister (OPM), the service will be broadcast live on local media.

The announcement, that was made late Friday, came one day after the country's highest daily COVID-19 death toll, of 21, was announced on Thursday evening.

On Friday, the Ministry of Health said that 565 new cases and nine deaths were recorded, pushing the number of active positive cases to 5,214 and 265 deaths.

Meanwhile, with the spike in COVID-19 numbers and deaths, the Trinidad and Tobago Chamber of Industry and Commerce on Friday, issued a call for tighter restrictions, the implementation of a curfew and an extension of the current lockdown.

The call was made by way of a media release following an emergency session to discuss the situation. The chamber said it had received many calls from its membership, conducted a survey and based on the collated information, it was determined that the exponential spread of the virus was caused by the “points of contact” where the public interacted.

According to the chamber, some 85 per cent of those surveyed agreed an extension is needed.

“Only people who work in industrial operations, which need to operate on a shift basis, should be allowed movement during the curfew period with a letter from their employer.”

The chamber said that the inter-island transport will have to be considered and allowances made.

It said that some 90 per cent of those polled agreed a limited curfew was needed.

“Further reduce crowd density in all essential businesses, as well as ensure proper crowd control at the entrances to these businesses,” the chamber said, adding that 79 per cent of its members agreed with that move.

“Review the businesses that are considered essential and open only those that are absolutely necessary for the needs of the citizens,” it added.

The chamber said 65 per cent of its respondents agreed that the review is necessary.

“Where possible, we recommend the utilisation of curbside and delivery service options to reduce the interaction and movement of individuals,” it said, adding that 92 per cent of those polled agreed with that recommendation.

The chamber also said additional efforts need to be taken by the business communities to facilitate work from home.

Regarding the vaccination programme, the chamber said as additional vaccines are made available, they should be given to those working in essential businesses, which 80 per cent of those polled found favourable.