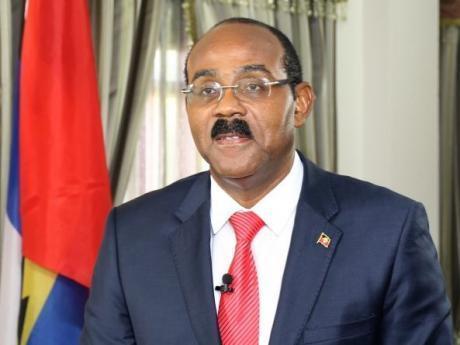 “Now is the time for us to cut the taxes even by 50 per cent and I do accept that you may not be able to determine the elasticity of pricing on travel demand because naturally regional and intra-regional remain relatively low during this period of COVID.

“But the fact that you are not collecting, or you hardly collecting anything at this time it is not revenue you are giving away. You can’t give away what you are not earning,” said Browne, who intends to his use chairmanship of the regional integration movement, CARICOM, next month to push the initiative.

He said the leaders of the sub-regional Organisation of Eastern Caribbean States (OECS) are supportive of the initiative since there are other financial benefits to be obtained as a result.

“I have said to my colleagues within the OECS that now is the time. I can tell you that my colleagues are looking at it seriously and I believe we should be able to convince them to do something now,” Browne said, adding that the cut in taxes could be for a temporary period.

“It could even be for a temporary period. If we say, look between now and the end of the year to 12 months I have no doubt that one, it will result in incremental revenue and at the same time it will also give us some idea…maybe the price elasticity of these tickets…that carry a heavy component in terms of government taxes.

“I am of the view too that is one of the ways to incentivize fully vaccinated persons. We can have a bubble involving fully vaccinated persons to allow them to check travel intra-regionally and without any quarantine. So there are multiple benefits by introducing such a policy. I so accept it is something that should have been done before but I believe that again COVID has given us the opportunity to do it now,” Browne said.

Many regional countries are now re-opening their borders as they emerge from the impact of the coronavirus on their respective economies. They had closed down their borders in a bid to prevent the spread of the virus that has killed and infected thousands in the English-speaking Caribbean region.

In May last year, the airline trade group, IATA, urged Caribbean governments to cut passenger taxes if they wanted to benefit from the post pandemic recovery.

IATA’s regional VP for the Americas, Peter Cerda, said some regional countries risk losing market share when travel resumes and that some airlines will be reluctant to return to some Caribbean destinations if pricing is not competitive.

“One of the biggest problems that we’ve always faced in Caribbean is it is a very highly taxed market. And it’s always taxed on the airline side, on the passenger, consumer side. And this will be a big challenge for the Caribbean once we are able to escape from this crisis,” Cerda said.

One month later, Grenada’s Tourism Minister Dr Clarice Modeste-Curwen, said the Caribbean market must be seen as critical to the rebuilding process.

Modeste-Curwen said, there was need for a review of the taxes on intra-Caribbean travel and how these taxes impact the desire for travel among the people of the region.

“It has been said by a number of individuals who are more familiar with the airline industry than I am, that the taxes that are charged on tickets in the region . . . kill the desire to have more inter-Caribbean travel, because the cost of a ticket to go to a nearby island sometimes is almost the same or more than going further afield like the US or otherwise, or you just have to add a little more.

Browne also commented on the efforts by a non-government organisation to write regional governments urging them to implement the tax cuts. The group had secured nearly 20,000 signatures in its bid to get the governments to act.

“I can tell you that at the time, it represented a challenge even for Antigua and Barbuda because our travel taxes were securing a loan of US$94 million…..So to cut it by 50 per cent would have been difficult even though we were looking at the possibility of reducing the taxes by about 25 per cent at the time”

He said there were other governments with similar situations and that would have limited their ability to cut travel taxes.