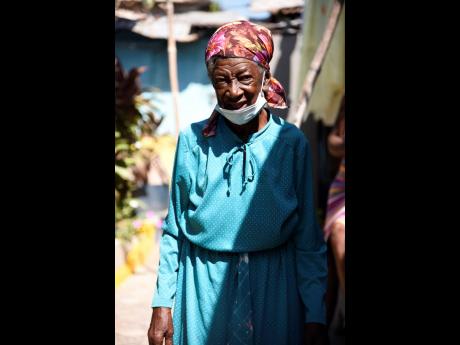 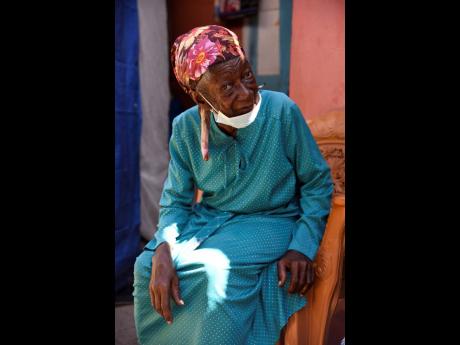 Upon seeing the news team, Myrtle Smith flashed a bright smile and got up out of her chair as she offered her greetings. Smith, who celebrated her 100th birthday on April 7, has called 25 Wildman Street in downtown Kingston home for the past 64 years.

She lives in a one-bedroom dwelling alone, but said this is purely by choice as she is more than welcome to live with any of her four children.

"One of my daughter took me to live with her, but I took the bus and come back home because I don't want to live with anyone. They treat me good and are always saying that it is time for me to move, but I love Kingston and I like being alone. I love to be by myself and just pray to my God," she says.

Smith was born on April 7, 1921, in Auchtembeddie, Manchester, but relocated to Kingston in 1963. Prior to moving, she worked as a post mistress in Trelawny, and did domestic jobs to care for her five children, one of whom is now deceased.

As she spoke to THE STAR, her neighbours looked on in admiration. They all described her as being extremely independent.

"She does everything for herself. She wash, cook and clean, sew, and even string her own needle. She is just a bit hard of hearing, but she will not allow anyone to do anything for her at all. You can't even volunteer to comb her hair," says Terry-Ann Hamilton-Stewart.

Smith stated that she has been in five serious motor vehicle crashes, the most recent being in 2018. She stated that her legs were broken and doctors had to put pins in them to allow her to walk again.

She keeps her blood pumping by walking to her destinations .

"I walk to Cross Roads, and walk often to visit my friends and family in Tivoli Gardens. They say I'm supposed to stay in because of COVID, but I am not afraid of anything. Even when light gone, I walk go anywhere whenever I am ready," she said.

Although she is the biological mother of five children, she said she had taken care of at least 32 others who were in need of care and protection.

"There is one of them that I found in a box in downtown, and I raised the baby like my own. I take care of over 30 of them, some of them used to have lots of complaints, but I took them to the doctor and make sure dem get better," Smith said.

She credits her longevity and youthfulness to what she consumes and the way in which she prepares her meals.

"I don't cook with powdered seasonings because they rotten the bones. I don't eat meat, either, so it is mostly vegetables for me. I will eat fish every now and again, but I don't like the rawness. I drink lots of water and grater my carrot and make juice, because those good for the eyes," she explained.