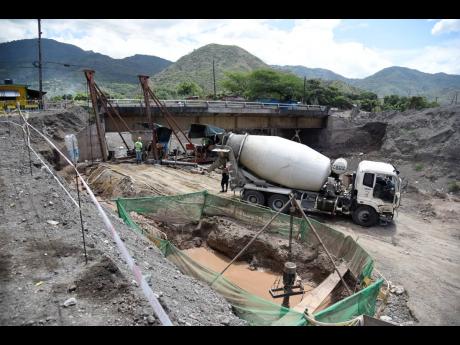 Workmen try to ensure that the Chalky River doesn’t overflow its banks again, in the event of heavy rain. 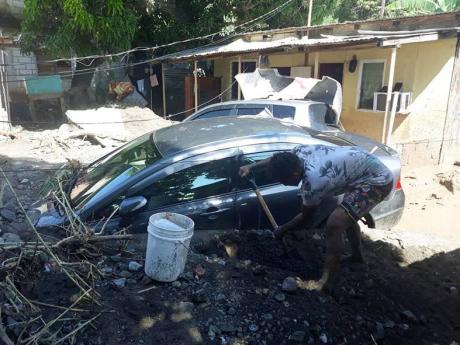 Several vehicles were damaged as mud and dirt partially buried them during last year’s heavy flooding. 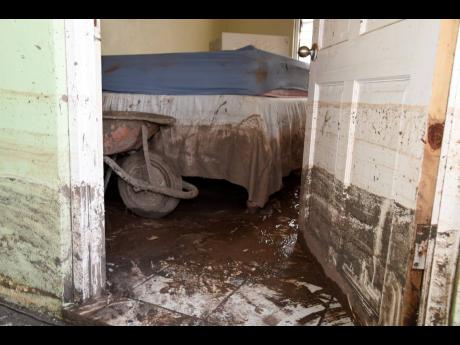 Many homes were inundated with mud.
1
2
3

"Everytime the rain set up it face to fall, mi heart shuffle," are the words of Terri-Ann Murray, a resident of Weise Road, Bull Bay, St Andrew.

Last November, when the Chalky River paid an unwelcome visit to Murray and her neighbours, she had to jump over her fence to escape its wrath. The mud had risen to about 10 feet high and covered most of her house. With the 2021 Atlantic Hurricane Season under way, she is praying that history does not repeat itself.

She said that although she has lived on Weise Road for the past four decades, she is open to relocating but only if she and her family will be taken to a better place.

"No one has said anything official to us about moving but I saw a programme on the JIS where they said they are going to relocate us. But I am thinking that the money that they are going to use to do that they should use it and fix the gabion baskets and let us stay in our homes. Mi don't want dem to move we and put we back a God. I am willing to move but to where," she said.

Murray has erected a concrete wall at the front of her house and is making preparation to repair her room. However, huge heaps of dried silt opposite her home could easily inundate her home if a heavy downpour should occur. Murray said more than $500,000 worth of valuables were destroyed in the flood and she had to refurnish her house. She thanked all those who helped to clean the mud out of her home.

"When they were finished there was absolutely nothing left inside. It was just the empty house. I had to buy back everything. I am 42 years old and this was where I was born and last year was the first time I ever witnessed anything like that," she said.

Her neighbour John Johnson said he has spent approximately $400,000 to repair the damage done to his home from the angry flood waters.

"I have repaired the house but I am yet to buy back the furniture. I am just putting everything in the hands of the Lord. Other than the soldiers who assisted to remove the mud that covered my yard and house, I didn't get any form of financial aid. I don't know if others did, but I didn't," he said. He said that last November flooding and landslides were bound to happen as he claimed there was interference with how the gully was cleaned.

"You could stand at my house and see the belly of the river which means the river was higher than the road. The Government drop the ball and is we the residents get affected. My daughters' two vehicles were covered in mud. They had to be write off. Thankfully, they had comprehensive insurance. They didn't have the cars for four months and they had to be write off," he said.

He said he has been on edge since the start of the hurricane season and said if the need should arise, he is willing to relocate.

"If I have to go, I will go because from the first of June comes and hurricane season chip in, I start to worry because I know it is going to last for six months and the rain can fall at any time," he said.