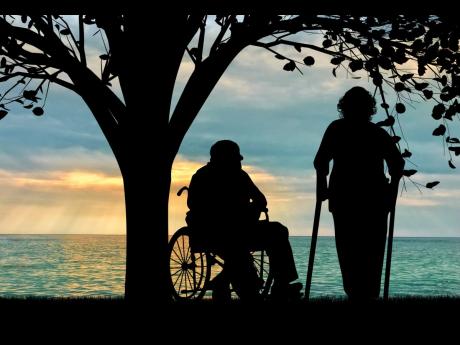 Chief Parish Judge Chester Crooks yesterday granted bail to a woman whose disability made it challenging for her to be housed in lock-up.

The woman, Anoula Barnes, is on two sets of drug-related charges. She is before the court for the offences of possession of, dealing in, conspiracy to export and attempting to export cocaine through an overseas courier service. The offence was allegedly committed on July 30, 2020. She had pleaded not guilty to those offences.

Barnes is also accused of possession of, dealing in, conspiracy to export and attempting to export ganja in relation to a February 10 incident. She was not required to enter a plea yesterday.

The woman had to be assisted by three cops yesterday when she appeared in the Kingston and St Andrew Parish Court where her lawyer made a bail application on her behalf.

Not to offer bail

"Obviously, she has a challenge, I am seeing it and I don't take it lightly but all are equal under the law, so let's see what happens on the next date," Crooks said early in the proceedings as he telegraphed his position not to offer bail.

"We are seeing more and more of these allegations of drugs being transported through courier services and it is only a matter of time where it will have a negative domino effect backwards on all of us," Crooks said.

The judge, however, offered Barnes bail in the sum of $400, 000, with al least two sureties, "mainly on the grounds of compassionate medical grounds". She was also ordered to surrender her travel documents.

A fingerprint order was imposed. Barnes is expected to return to court on October 14.