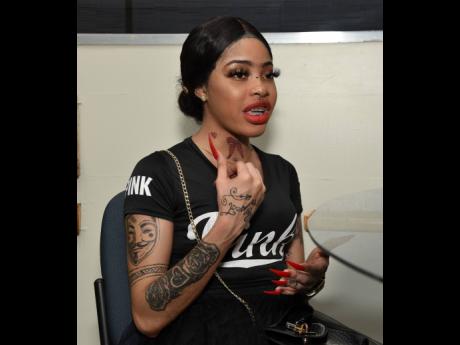 Social media personality Ivany Wright was yesterday given suspended sentences on larceny charges when she appeared in the Kingston and St Andrew Parish Court.

Wright pleaded guilty to two counts of larceny by trick. The court heard that on the night of November 6, 2020, Wright along with two complainants and a co-accused went to a restaurant when she asked to use their phones to take pictures. Wright left where the group was seated and went outside and did not return.

It was reported that Wright stole an iPhone 11 Pro Max valued at CAD$1,500 (approximately J$185,000) from one complainant and an iPhone XR valued at $70,000 from another complainant.

Senior Parish Judge Lori-Ann Cole-Montague was told that Wright has been in custody since December 10, 2020 and that the phones were returned.

However, Wright is to return to court on July 5 as there are other charges pending against her. Her co-accused, Kimberley Benjamin, is also set to appear in court the same date.