Tourist runs off in Jamaica 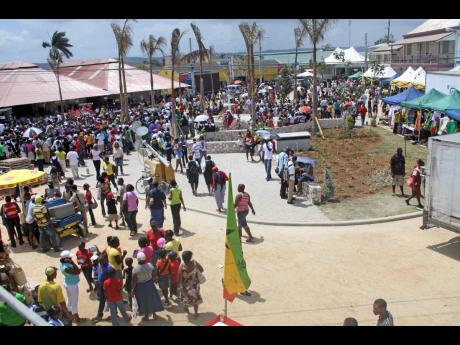 Tourists in Water Square, Falmouth, Trelawny following the docking of a cruise ship.

An American tourist who ran off in Jamaica and was found living in Waterhouse, St Andrew, has been ordered deported.

The man, Tony Willis, admitted in the Kingston and St Andrew Parish Court yesterday that he came to the country on a cruise ship on July 22, 2019, and departed the vessel without leave to land by an immigration officer.

It is alleged that he arrived in the country on the ship, Liberty of the Seas, with fraudulent documents in the name Corey Bates. When the vessel docked in Falmouth, Trelawny, Willis, who is of dark complexion and has dreadlocks, disembarked and left without getting permission to land from an immigration officer.

Willis was found by the police on May 15 while conducting operations in the tough inner-city community of Waterhouse.

Senior Parish Judge Lori-Ann Cole-Montague asked Willis who he had been residing with during the time he was on the island, and he told the judge he was living with his in-laws.

The judge then imposed a fine of $10,000 or 30-days' imprisonment for each charge. He was also ordered deported.