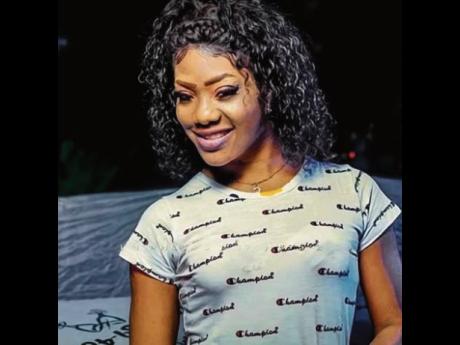 Ashley Crossdale, 26, who lived on Delacree Lane in Kingston 11, died in a most bizarre manner on Sunday, June 13, five days after doctors discovered that the child she was carrying perished in her womb.

A sister who gave her name as Gizzy, said two weeks ago, Crossdale, who was about four months pregnant, said she was physically assaulted by someone who even stepped in her belly.

"She went to a private doctor and the doctor tell her say dem nah feel nuh baby. She then go to a health centre and no heart beat or movement was detected," Gizzy told THE WEEKEND STAR. Crossdale was then referred to the Victoria Jubilee Hospital in Kingston where she was admitted last Wednesday.

"When she go Jubilee, dem tell her seh di baby decompose inna her long time. She end up pass out di baby. Mi guh look for her on Sunday and she was saying to mi say she lose the baby and she should do a D&C (dilation and curettage), but she couldn't do it because her pressure was too low and she was weak," she said.

A dilation and curettage is a surgical procedure used to remove any remaining tissue from the uterus after a miscarriage or abortion. Gizzy said that while attending to her sister, she noticed her feet were yellow.

"She seh the doctors seh she have jaundice and her liver a fail. Suh mi tell her to gwane pray because God nah guh leave her. She start say she don't know how she a guh manage without the baby whe she lose, and mi tell her seh she must remember that she have three other kids at home," Gizzy said. After Gizzy left the hospital, Crossdale telephoned family members to tell them she loved them. She died that night.