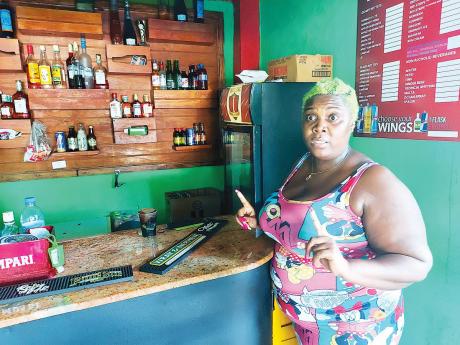 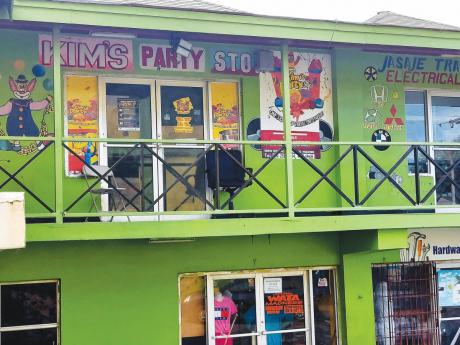 Campbell, who operates a bar along the 'hip strip' in Olympic Gardens, St Andrew, part of Holness' constituency, is one of many persons who has lost significant revenue due to the restrictions.

"Di way how me happy, if me see Andrew right now mi wash him foot. Memba, enuh, the hip strip rely pon entertainment, so a almost every business pon dah stretch yah did a suffer," a jubilant Campbell told THE STAR. The young entrepreneur, who is also known as Bullybeef, said that the economic fallout had become unbearable.

"Mi did a get very frustrated. Mi start cuss miself, the prime minister and everybody. A only God left fi mi no cuss but a tru mi God-fearing," she said. "Mi come here every day, mi affi eat lunch and tek taxi or bus cause mi no own a vehicle. A fuss since me deh yah so from 2015 mi owe four months out a rent."

Frederick 'Nutsy' Wright said he is happy that Holness has given the green light on parties, which he said are critical to his earning power.

"A more than 20 years mi a sell peanuts ina dance. Yea, it might no be a whole night thing like weh wi use to but having the chance to sell at parties again is good. A dis mi used and help tek care a mi family," said Wright, 56. During his address to Parliament yesterday, Holness announced that organisers of small outdoor events such as parties, concerts, round robins, festivals, corporate mixers will be allowed to apply for permits to host no more than 100 people (50 for public sector). For indoor events, no more than 60 per cent of the capacity of the venue will be allowed.

According to Shana Tyrell, a representative at Kim's Party Stop, that offers items for children's parties, the relaxation of the measures is a timely response given that summer is here.

"Our business was hit significantly because with the Disaster Risk Management Act, people were hardly keeping parties. If they do, it was mostly indoors so the need to have bounce-a-bouts and other party rentals for kids was not there because it would be too obvious," she said. Tyrell said she hopes that Jamaicans will remain vigilant and continue to adhere to the guidelines.

"Di worst thing can happen is if Andrew affi lock it back dung because di virus go spike again. All mi a hope for is for the people dem fi doe abuse this break," she said.

Sydney Williams, who is a bar owner and round robin promoter, said he welcomes the new measures because it gives people a chance to stay out later and drink.

"But, to tell the truth, di early timing was working out, enuh, because people did start come out early after a while. But with the possibility of having more people, with longer partying hours I see where revenues will increase," he said.

Holness warned that those in breach of the protocols would be prosecuted. He also noted that the Government would not mandate for patrons to be vaccinated for events, but said if private event holders wish to include such requirements to market their events, they are free to do so.