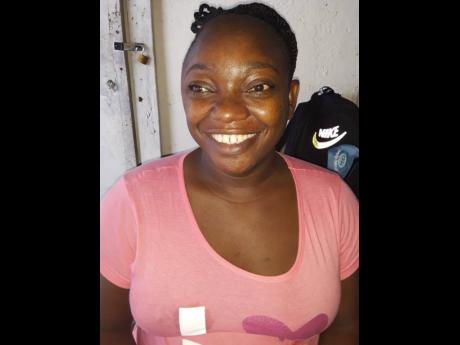 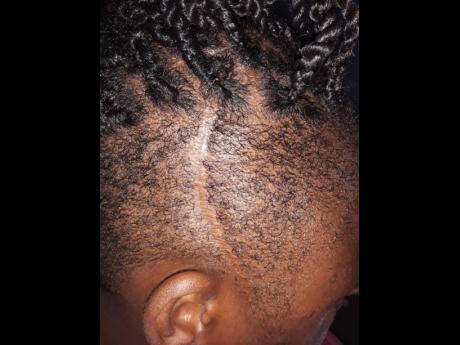 McIntosh shows the scar from surgery where doctors had to remove part of her skull.
1
2

Carline McIntosh, a mother of three, was providing for her children until a cancerous brain tumour disrupted her life. For the past two years, her medical condition has robbed her of sight in her right eye, while significantly reducing her ability to see out of the left eye.

The 39-year-old, who has done four surgeries since 2019 to remove both the tumour and infected parts of her skull, is still faced with significant risks.

She is now seeking help from the public to purchase a shunt to remove the fluid from her brain. This procedure will be done at the Kingston Public Hospital, but while it comes at no cost, she is required to purchase the shunt that costs $75,000.

Without the shunt, a tube that is placed in the brain to help drain fluid, McIntosh's brain tissues risk becoming damaged, thus preventing her from having a normal life.

She also needs a bone graft on her skull. This procedure is likely to cost more than $1 million. In the meantime, McIntosh is forced to wear a bicycle helmet to protect her head as a part of her skull was removed due to an infection.

The mother told THE STAR that the tumour has impacted her life in the worst way. She said that she was once an independent woman as she owned a bar which she used to take care of her children. However, she is now unable to work and is completely dependent on the assistance of family members and friends to survive.

"I grew up working, I use to sell bag juice on the road, I use to sell nighties, I'm used to going out and doing things, yuh know. I'm not used to sitting down and depending. It's very hard depending because I don't want to be a bother to anybody," said McIntosh.

McIntosh now lives in Kingston with her sister, away from her children, ages five, 13 and 24. She has not seen or hugged her children in months as she is unable to travel in order to see them. Doctors have advised her to limit travelling as constant jerking while on the journey may cause additional damage to her brain.

"It was just the four of us, you know, so it hard because I was a working person who made sure my children were always taken care of, and now I can't even see them," said McIntosh.

Donations can be made to her accounts.