Rihanna is now a billionaire, second only to Oprah as wealthiest female entertainer 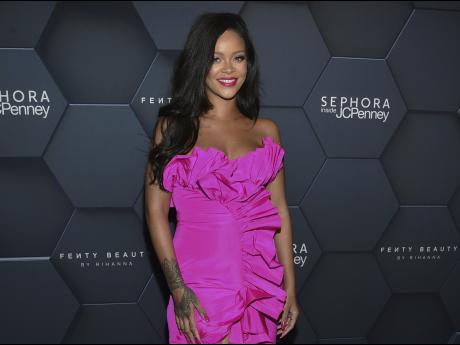 FILE - In this Sept. 14, 2018 file photo, singer Rihanna arrives at the Fenty Beauty by Rihanna one year anniversary party in New York. Rihanna is suing her father over his use of their last name for a business. In the lawsuit filed Tuesday in federal court in Los Angeles, Rihanna, whose full name is Robyn Rihanna Fenty, alleges that her father Ronald Fenty and his partner have violated her trademark and falsely suggested that their business, Fenty Entertainment, is affiliated with her. (Photo by Evan Agostini/Invision/AP, File)

Rihanna is now officially a billionaire and the wealthiest female musician in the world, according to Forbes.

The pop star is worth $1.7 billion (£1.2 billion), with an estimated $1.4 billion coming from the value of her Fenty Beauty cosmetics company.

It's been five years since the "bad gal" from Barbados dropped a new album — her 2016 instant classic "Anti" spent 63 weeks on the Billboard charts. Instead she's dedicated her time to building her business empire through her Fenty Beauty makeup line and her Savage x Fenty lingerie line.