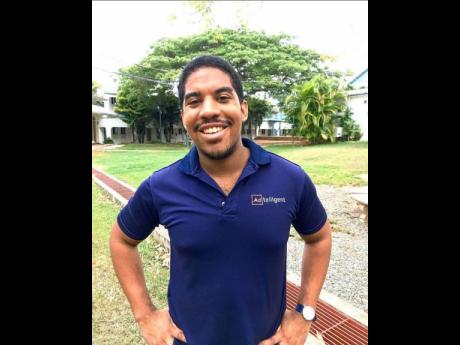 Earlier this year, Craig Powe attracted much attention when he admitted that he could not maintain an erection after contracting COVID-19.

However, the 25-year-old said that after seeking medical attention, his penis "is working even better than before".

"I took two Cialis for two months and I am good to go. I am off it now though and I am feeling good within myself because I am better and harder than before," he said.

Cialis is used to treat male sexual function problems such as impotence or erectile dysfunction (ED). A recent study done in Italy, concluded that men with COVID-19 are more than five times likely to have ED.

Earlier this week, Trinidad and Tobago-born music star Nicki Minaj tweeted that her cousin refuses to get a COVID-19 vaccine because his friend became impotent after getting the jab.

But Powe said that he is still encouraging persons to take the jab while adding that he is fully vaccinated against the virus.

"This period has been extremely stressful for some persons. COVID cannot only make you weak or cause ED, but it can kill you. I have lost my grandfather to this dreaded virus," he said.

Powe, who shared his struggle on his Instagram page, said many persons from various countries messaged him privately tell their similar experiences.

"Doctors have messaged me privately too. Women have also reached out to me to say that their 'thing' have stopped getting wet after they contracted COVID. People just talk about it openly and some males are not going to come out and say they developed ED after COVID," he said. "If I should date a girl, one of the questions she would ask was if my penis is working now. They have heard about it so they would ask."