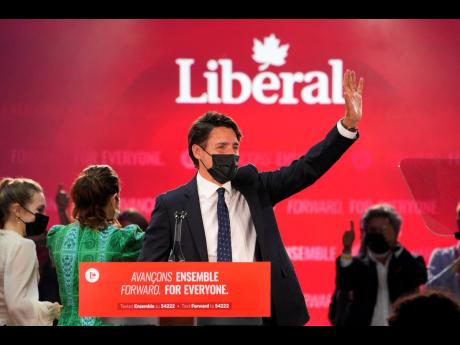 A Michigan woman has been charged with murder days after her three-year-old daughter's body was found with stab wounds inside a garbage bag, authorities said.

Justine Johnson, 22, was arraigned Monday in 81st District Court in Tawas City on one count each of felony murder and first-degree child abuse. She pleaded not guilty to both charges and is scheduled for a September 28 probable cause conference.

Police were called last Friday to a residence in Iosco County in Michigan's northern Lower Peninsula after a garbage bag with a human foot protruding from it was found at the home. Police said the bag contained the body of Johnson's daughter, Sutton Mosser.

According to a probable cause affidavit, one of Johnson's brothers found the garbage bag with the child's body inside.

Officers found Johnson hours after the discovery of her daughter's body walking along railroad tracks. She told officers she did not want to talk about her child's death, the affidavit states.

Several progressive lawmakers in the United States yesterday introduced a bill that would reimpose a nationwide eviction moratorium at a time when deaths from COVID-19 are running at their highest levels since early March.

Senator Elizabeth Warren, and representative Cori Bush said the bill would direct the secretary of Health and Human Services to implement a ban on evictions in response to the COVID pandemic.

It would also amend a section of the Public Health Service Act to grant permanent authority to Health and Human Services to implement an eviction moratorium to address public health crises.

The Supreme Court's conservative majority at the end of August allowed evictions to resume across the United States, blocking the Biden administration from enforcing a temporary ban that was put in place because of the coronavirus pandemic.

"This pandemic isn't over, and we have to do everything we can to protect renters from the harm and trauma of needless eviction, which upends the lives of those struggling to get back on their feet," Warren said in a statement.

"Pushing hundreds of thousands of people out of their homes will only exacerbate this public health crisis, and cause economic harm to families, their communities, and our overall recovery."

Canada's Prime Minister Justin Trudeau's Liberal Party secured victory in parliamentary elections, but failed to get the majority he wanted in a vote that focused on the coronavirus pandemic.

Trudeau entered Monday's election leading a stable minority government that wasn't under threat of being toppled - but he was hoping Canadians would reward him with a majority for navigating the pandemic better than many other leaders. Still, Trudeau struggled to justify why he called the election early given the virus, and the opposition was relentless in accusing him of holding the vote two years before the deadline for his own personal ambition.

In the end, the gamble did not pay off, and the results nearly mirrored those of two years ago. The Liberal Party was leading or elected in 158 seats - one more than they won 2019, and 12 short of the 170 needed for a majority in the House of Commons.

"You are sending us back to work with a clear mandate to get Canada through this pandemic," Trudeau said. "I hear you when you say you just want to get back to the things you love and not worry about this pandemic or an election."