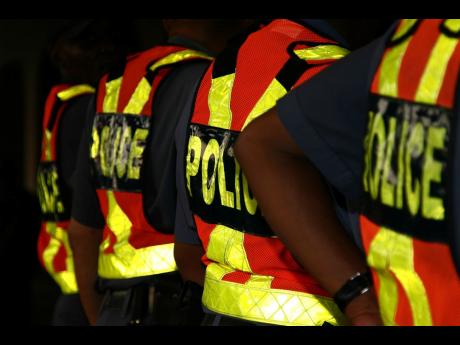 CAPE TOWN, South Africa (AP) — South African police said Friday they have arrested 56 people who will likely face charges of kidnapping after two government Cabinet ministers and a deputy minister were held hostage for three hours, when a meeting with military veterans of the fight against apartheid ended in disagreement.

Police were called to a hotel in the Centurion area near the capital Pretoria on Thursday night to rescue Defence and Military Veterans Minister Thandi Modise, her deputy minister Thabang Makwetla, and Minister in the Presidency Mondli Gungubele, who had been meeting with veterans of various groups that were part of the armed struggle which started in the 1960s against the apartheid regime in South Africa.

The meeting broke down quickly and the three government officials were prevented from leaving the room by some of the veterans, Gungubele said.

Police tried to negotiate with the hostage-takers and when that failed they “resorted to a tactical approach and successfully rescued the hostages,” the South African Police Services said. Police said no shots were fired in the operation, denying allegations by some veterans that they were shot at.

Three of the people who were arrested were sent for medical checkups, police said. Of the 56 arrested, seven were women.

Gungubele said the meeting was an attempt to address the grievances of the veterans’ groups, who want, among other things, cash payouts and housing and medical benefits for their service during the fight for democracy in South Africa more than 25 years ago.

The veterans’ latest demand is that they should each be paid the equivalent of $270,000 and receive other benefits.

The meeting was called off almost as soon as it started, Gungubele said.

“As we were leaving the meeting, proceeding to the doors, they (the veterans) closed the doors,” he said. “It is at that point when we realised that we’re held hostage. It’s a situation that was averted by the security forces, very effectively and successfully.”

In a statement, the South African government conceded its discussions with the veterans’ groups had been “difficult” but “there was no reason for this group to act in an unlawful manner.”

The military veterans’ groups say they’ve been ignored by the ruling African National Congress party in South Africa despite their role in helping to overthrow the apartheid government and end white minority rule, paving the way for the ANC to win the first democratic elections in 1994. The ANC has been in government since then.

But the veterans’ groups have faced criticism themselves, for allegedly being infiltrated by some who were not involved in the fight for democracy and for demanding rewards not available to ordinary South Africans who also fought against apartheid.

Numerous callers to a radio talk show on Friday said that it was popular uprisings like the Sharpeville protests of 1960 and the Soweto student demonstrations of 1976 that focused the world’s attention on the brutalities of the apartheid system and helped end it.

They said it was often ordinary men, women and even children who defied security forces and put themselves in deadly danger to protest.