Prepare for take-off - Trelawny native building his own helicopter 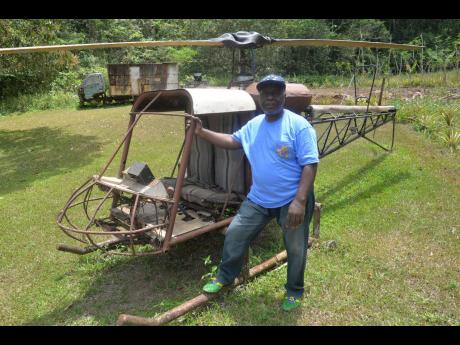 In this 2018 photo, Noel Malcolm poses beside his helicopter. 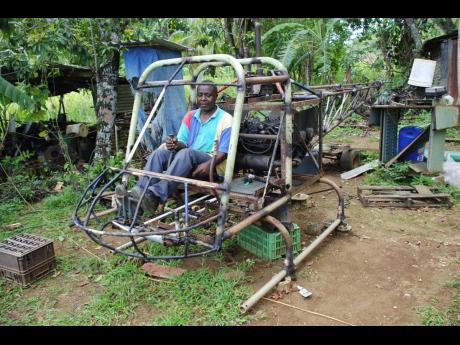 In this 2007 photo, Noel Malcom shows off his partially self-constructed helicopter at his home in Duanvale, Trelawny. 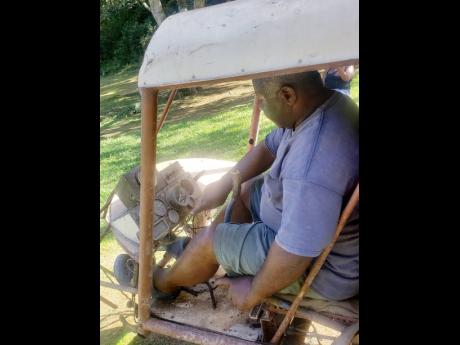 Noel Malcolm climbs into his helicopter, which he hopes will begin flying by mid-year. 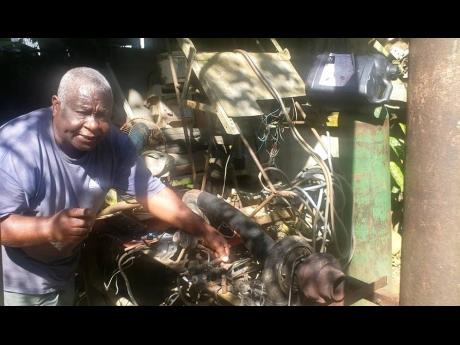 Noel Malcolm shows off a gas turbine engine that was built for his helicopter.
1
2
3
4

Noel 'Pully' Malcolm has dreamt of building an helicopter and getting it to fly for the past 50 years. The 66-year-old Duanvale, Trelawny native is convinced that he is in touching distance of turning that dream into reality.

Having built the frame of the aircraft years ago, Malcolm spent the last three years fine-tuning what he calls a gas turbine engine, which he said will ensure his project takes to the skies successfully.

"I found out that to make the helicopter fly, I needed a gas turbine engine. With that in mind, I set out to source material locally to build the engine," Malcolm.

"This engine can now fly the copter with two people, weighing a combined total of 400 pounds, aboard," Malcolm said.

A mechanic by profession, Malcolm estimates that he has spent about $1 million since the 1970s on the project. He said that his desire to put an aircraft in the skies dates back to his childhood days.

"At age 16, I looked up into the sky and saw a plane passing, with white smoke behind it. I said to myself, I hope to one day make one of those aircraft," Malcolm told THE STAR.

He has worked tirelessly to achieve his ambition. He first tried to use a Volkswagen (VW) engine to lift his helicopter.

"The helicopter lifted, but could not hover. It needed more than the maximum horsepower the VW engine could produce," Malcolm said.

He was disappointed, but not daunted. He did further research and found that his helicopter needed a gas turbine engine. The ambitious Malcolm said that gas turbine engines are not available in Jamaica. He set out to build one on his own.

"Today I can boast that the first gas turbine engine to be built in Jamaica will bear my name. The history books will have my name written there as the first Jamaican to build one here in the country," he said proudly.

He hopes to have his helicopter flying by the middle of the year.

"I would like help, funding wise, to finally achieve my dream. Corporate Jamaica, you can come on board to help. It would open doors for many Jamaicans to become aircraft engineers," Malcolm said, adding that he requires another $500,000 to get the aircraft flying.