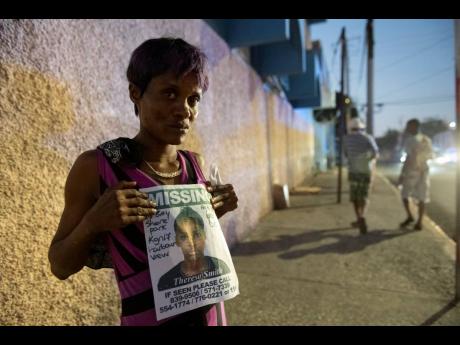 Marrisa Reid holds a poster showing her daughter, Theresa Smith, who has been missing since Monday, March 23, 2020. 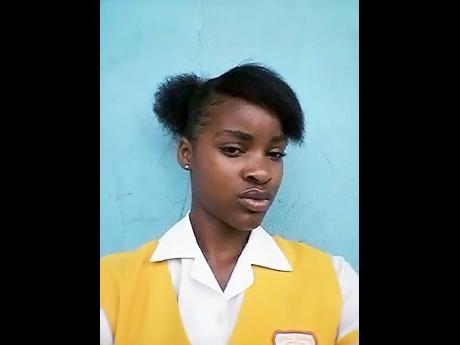 It has been two years of pain and heartache for mother Marrisa Reid since her youngest child, 17-year-old Theresa Smith, went missing on March 23, 2020.

Reid has been travelling the length and breadth of the island searching for her daughter, and said that she will not rest until she finds her.

Theresa, who is a student at Donald Quarrie High School, was last seen leaving her home in Bayshore Park, just outside of Harbour View in St Andrew.

Reid told THE STAR that she has not eaten or slept properly since Theresa's disappearance. She still remembers the last words the then 15-year-old spoke to her before leaving home.

The teenager left home that day carrying a red handbag. It is believed that she left for downtown Kingston, where she intended to purchase a birthday gift for her older brother.

Reid said that since her disappearance, her family has been searching for her across the island.

The mother contends that her daughter is a loving and hard-working child who never gave her trouble and was doing well in school. The then grade-11 student had her sights set on sitting 13 subjects in the Caribbean Secondary Education Certificate examinations.

"Mi would a duh anything fi get har back, anything mi a tell yuh. A mi last, suh mi wah back mi gyal pickney. Mi know seh she neva run weh; she wouldn't run weh, and mi want har back," said Reid, who is hoping that Theresa will be home in time for her 18th birthday on April 27.

Persons knowing the whereabouts of Theresa Smith are asked to call the Harbour View police at 876-928-6001, police 119 emergency number or the nearest police station.