Nurse gives up healthcare to do farming 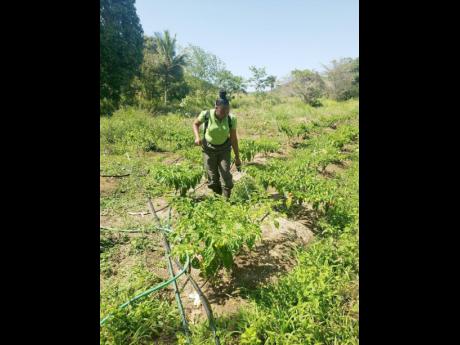 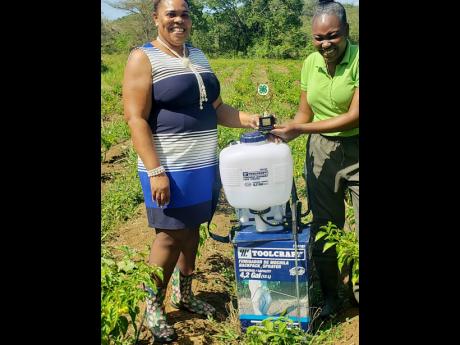 After graduating from University of Technology, Jamaica (UTech, Ja) with a nursing degree in 2019, specialising in midwifery, Chelesia Osbourne decided to put her career in healthcare on pause after one year of working in the field, choosing instead to embrace her first love -- agriculture.

"From my early primary schooldays at Wakefield Primary, I was involved in 4-H. I loved the plants then and have not lost it," she told THE STAR. Through the 4-H movement, persons ages five to 25 are trained in areas of agriculture, home economics, social skills, entrepreneurship, environmental awareness, and healthy lifestyle.

The love for agriculture followed her into high school, but Osbourne was equally focused on her academics. She was a top-performing student at Muschett High School and her teachers used her success as a motivation for other students to emulate.

"They always told me that I was going to be great. These comments made my mother proud. She boasted about me and looked forward to the day when I would leave home for work dressed in a nurse's uniform," she said. Osbourne graduated from Muschett in 2013 with eight subjects. She applied to university following encouragement from friends and her mother who wanted her to be a nurse. But her love for farming never waned. "I was always planting something. I never really loved nursing. The theory was great but the practical was not providing much fun," she said. Osbourne planted several crops while she studied, including okra, callaloo and watermelon. She was able to sell from her garden and this helped subsidise the cost of her university tuition along with student loan. Despite feeling proud at her nursing degree, after a year of working she shocked her mother by announcing that she was going full-time into farming. Her mother, Nassie-Ann Bennett, was not impressed.

"I looked forward to seeing my daughter all dressed up going to work," Bennett told THE STAR. Osbourne, however, had her eyes on the prize and was determined. She even converted one of her teachers at Muschett, who was dismayed at her decision, into a believer, after she invited him to her farm.

"I showed him my field of West Indian red pepper, my apiary, my crop of carrots along with my small piggery. His expression changed like when a cloud moved from the sun and it is all brilliant sunshine. When he was leaving I gave him a bag with some peppers, some carrots and a small bottle of honey. His hand trembled as he accepted," Osbourne said.

On Osbourne's farm, very little is wasted. Cuttings from the crops help to feed her pigs. Empty plastic bottles are filled with water and used as part of irrigation for her peppers.

She intends to expand to three acres of cultivation. "I have been reaping pepper for the last five months. I plan to rotate the crops so I will always have something to sell."

Leighton Johnson, principal of Muschett High, reflected on Osbourne's years at the school.

"She is one of my proud graduates. A gifted academic who could go into any profession she wanted. We gave her the opportunity to explore her talents and the natural inclination for production. In 4-H she was always entering competitions with her agro-processing products. Chelesia is a shining example of how one can be self-sufficient while making a positive contribution to society," Johnson said.

Natanish Hines, the 4-H parish manager for Trelawny, is also proud of Osbourne.

"She is one of the many we have exposed to agriculture. Her success will be used to motivate others," Hines said.

The 25-year-old said that agriculture allows her to make a significant contribution to her community by contributing to food security and providing employment for two persons to pick peppers. "I have no plans to go back to nursing, at least not now. I enjoy what I am doing. It is rewarding and I am able to repay my student loan and maintain myself," she said.