No standoff at Cornwall Regional Hospital 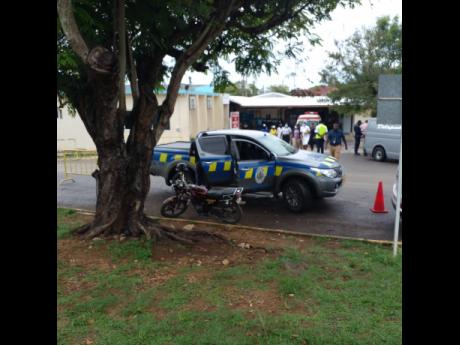 The Montego Bay police are refuting claims of a standoff at the Accident and Emergency unit at the Cornwall Regional Hospital earlier today.

Reports are that 25-year-old Tyrone Broomfield, a resident of Mafoota, in Mt. Horeb, St James was being treated by staff at the medical facility when approximately 15 persons converged on the unit demanding his release.

His family and friends alleged that he was not suffering from a medical condition but was rather inflicted by demons.

During an attempt by the men to remove Broomfield, the police were summoned.

The patient was eventually released to his mother, Joan Wilson.

Both hospital personnel and the police say there were no injuries.