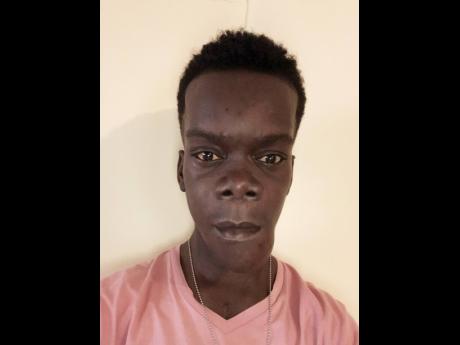 Simpson’s face is swollen as he battles Brown’s Tumour, which is a bone lesion. It is one of his many ailments. 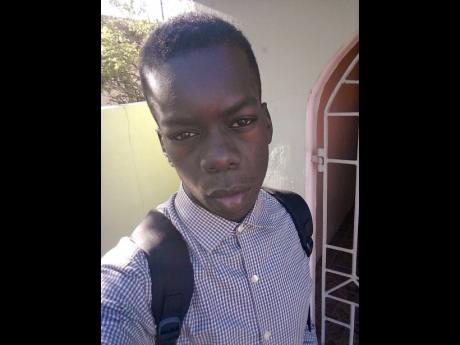 At age 17, Oraine Simpson was eager to move from being a high school student to a full-time entrepreneur when he enrolled in sixth form at a Clarendon-based institution.

But those dreams were prematurely shelved after he contracted influenza and a few days later was told that he had end stage renal disease. For the past eight years, he has been battling with a myriad of illnesses including heart disease, extensive bone disease, Brown's tumour [a bone lesion], a ruptured bladder, hyperthyroidism and hypertension.

"Basically, all the major organs in my body are affected," Simpson said. Despite his medical battles, he keeps a positive attitude and a broad grin, working astutely towards his career goal.

"It's not a case of me coping because it's hard. It's really dealing with it because you don't have a choice. Nobody wants to have this, we don't have a choice but you won't know how strong you are until being strong is your only option," he said.

Life for the 25-year-old started in Beckford Kraal, Clarendon, where at age four, he was taken by his mother to reside with his grandparents and uncle. His health whirlwind started in 2014, as he started making preparations to sit his Caribbean Advanced Proficiency Examination (CAPE) Unit 1 examinations.

"When I started sixth form and did the medical, they said I was okay even though I was extremely tired, short of breath and I started having swelling to my face and abdomen. I went to the doctor and they treated me for an allergic reaction but the medication didn't change anything. I was still tired and it was to a point that I had fluid overload. I didn't think I was getting enough fluid and I think it was from that point, I stopped peeing completely. I couldn't sleep, I couldn't do anything," Simpson recounted.

Days later, he was scheduled to complete a blood test which proved that all the components were elevated. It was at that time that doctors at the Chapelton Hospital theorised about kidney issues. Simpson was then transferred to the Kingston Public Hospital to receive treatment and his worst fears were confirmed.

"There are actually five stages of renal failure and I didn't go through like any of the stages. I just kind of felt sick, went to the clinic and then hear it's end stage renal failure and I need dialysis over a period of two months. I was really young and I just had a numb feeling. I was wondering what was going on," the Clarendon College graduate related to the news team.

He cheerfully recalled that after two months in hospital, he resumed classes at Thompson Town High School where he bravely faced and secured passes in environmental science and communications studies at CAPE, adding to the nine passes he had at the Caribbean Secondary Education Certificate level.

He currently works at a business process outsourcing agency and twice weekly travels from St Catherine to Kingston for dialysis. He also has to take at least 10 pills and injections. Sadly, the possibility of getting a kidney transplant may not be forthcoming, as having a rare blood type, B negative, he does not have a lot of donor options. All of Simpson's medical treatments are paid out of pocket and having undergone successive heart surgery and knee surgery last year, he has three surgeries scheduled for this year, amounting to $1 million.

The certified computer repair and systems administration specialist encourages those faced with illnesses to adopt a positive mindset and to prioritise their health.