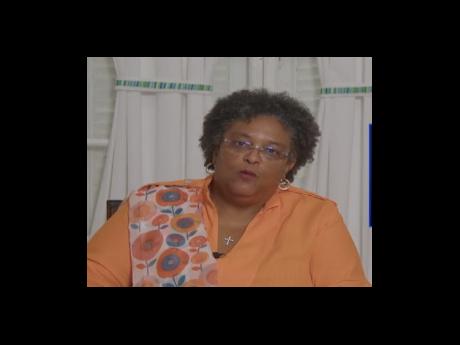 BRIDGETOWN, Barbados, Jul 14, CMC – The Barbados government Thursday announced a raft of new measures aimed at easing the burden on citizens as they deal with the increased cost of living occasioned by various global situations including significant increases in energy prices.

Prime Minister Mia Mottley in an address to the nation said it was important for Barbadians to deal with the situation given that there will be no knight in shining armour coming to the assistance.

“We all know and we are an island surrounded by water and we all know that when the ocean and the sea gets rough, it is not for fancy strokes…because you have to survive and to survive you have to tread water “.

Mottley said that since the start of the last few weeks her administration has been engaged in extensive discussions with the various stakeholders with the objective of “easing the pressures each day each of you faces with respect to critical food items, electricity, gas etc.

“Let me be clear…as I indicated from the start that there would be no Knight in Shining Armour coming to rescue us, coming to rescue Barbados. We understand that our survival rests in our own hands and that if we are going to feed ourselves through this crisis and beyond we would have to create an environment to support our farmers…’

She said that the government would continue the school feeding programme for school children during the summer holidays, the Ministry of Finance offering relief for householders in their electricity bills by reducing the value added tax (VAT) from 17.5 per cent to 7.5 per cent for the electricity charge up to the first 250 kilowatt hours.

Mottley said that the government has also concluded a compact that will be signed on Saturday with the private sector leading to the reduction of prices on 45 key items for a period of six months from July 21 this year.

In providing the details for the new measures, Mottley told the nation that during the summer holidays parents “go through a rough time” having to deal with children who are at home and ensuring that they are well fed.

“We all know what children can be like when they run about in the summer and are really in need of sustenance,” she said noting that the school meal programme relieves the burden on tens of thousands of parents.

“We therefore intend to ensure that every child of school age in this country will be given an opportunity between the 25th of July and the 2nd of September to continue to benefit from school meals in Barbados,” Mottley said.

She said on the issue of electricity, it can no longer be viewed “as something that we can ignore given the increase in fuel oil prices which we have no control over.

“The bottom line is that those prices ..are Controlled by countries,” She said, noting that the “reality is for us however we have control over the value added tax.

She said earlier this year, the government had introduced measures that led to the capping of the VAT with respect to fuel at the price of US$80 a barrel “and we have seen the price of oil go as over US$125 dollars a barrel and that has not been passed on to Barbadians with respect to the VAT.

“The reality is that the government has determined now that every Barbadian household should have the first 250 kilowatt hours removed from a VAT rate of 17.5 per cent to a new VAT rate of 7.5 per cent. This is going to represent on average a savings of about BDS$17 (One BDS$=US$0.50 cents) to every Barbadian household regardless of whether you use 250kilowatt hours or not”.

Mottley said that while the reduction “may not be a lot” but when placed in the context with the other policies being announced, the reality is that 63 per cent of all households on the island would see a reduction in their bills declining from BDS$204.46 cents to BDS$187.06 cents.

She said this initiative will cost the government BDS$1.527 million a month and overall is estimated at just over BDS$10.5 million running from August 1 this year to January 31 next year.

She said the government is also adding a number of items into the food basket for which there will be no VAT and that the efforts will be made to remove the duties on citrus “conscious that this effort will help Barbadians build their immune system and continue to help us in the fight against COVID-190 pandemic.

Mottley thanked the private sector for its contribution to the measures aimed at easing the burden on the population, saying “we have inherited a form of government for the last 32 years that has led to us being able to benefit from a social partnership where we recognise that the voluntary compact of how we treat to each other is critical to who we are as Barbadians.

She said that the signing of the compact will be witnessed by representatives of the trade union movement.