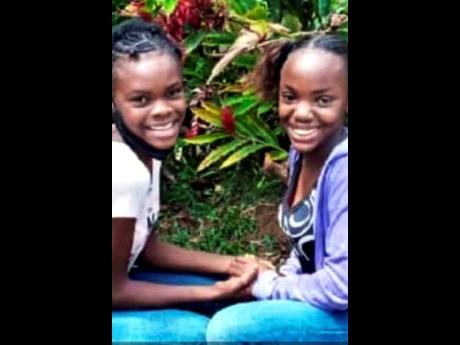 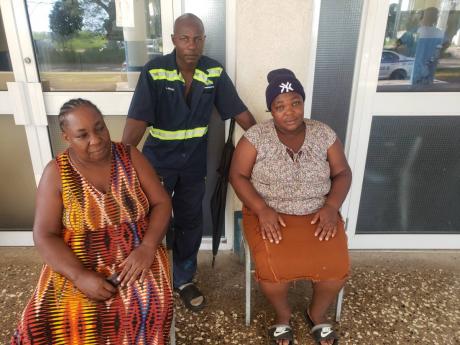 The faces of some residents of Top Road in Ulster Spring, Trelawny, were as gloomy as the clouds hovering the rural district.

They were thrown into this mood as sisters Tracy-Ann, 14, and Dahlia Cowell, 16, have been missing since last Wednesday. The girls, who are grade eight and grade 10 students of Albert Town High School, left home to complete their back-to-school medicals at the nearby Ulster Spring clinic. Their mother, Elaine Brown, said that since Wednesday "no sleep come a mi eye".

"Every time mi fi sleep mi jump up" said the 41-year-old farmer. A mother of four girls, Edwards, who is known as 'Blanche', related how her heart almost jumped out of her chest last Saturday.

"Mi get a call and Dahlia say 'mommy'. Before she could talk is like smaddy tek the phone. One woman come pan di phone an' tell mi sa dem aright. [She said] 'Mi have dem a Martha Brae and mi soon carry dem go a Bay'. Den she hang up" Brown said. After Brown received the call, she reported it to the police in Falmouth and Ulster Spring. A cop at Ulster Spring who was not authorised to speak to the press, acknowledged receiving the report.

"We have received a report on Saturday night and investigations are ongoing," the cop said. The girls' grandmother, Dorothy Brown, cannot find words to express her thoughts.

"Mi nuh know wha fi say. Dem a nuh bad pickney. If yuh sen' dem out dem go an' come back. Nutten like a dis neva happen. Mi sad seh dem gone but at least dem nuh dead," she said as she threw her hands in the air. A neighbour who did not wish to be named feared the girls were lured away.

Another resident Mel Brown said both Tracy-Ann and Dahlia are kind and well-mannered.

"I am scared because I have a daughter in the same age group. I don't know what I would do if my daughter goes missing. Lord have mercy, nuh mek nutten like dat happen to mi one daughter. These are serious times," Brown said. Cassandra Campbell, who is the librarian in Albert Town, said she also knows the girls.

"When they come to the library they are usually quiet, do their assignment and leave," Campbell said.