Waterhouse native overcomes struggle to excel in US college 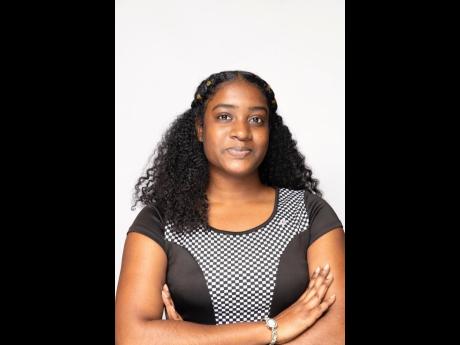 Growing up, life was never easy for Danielle Jathan and there were days, while she was attending Campion College in St Andrew, that her parents could only find half of the bus fare.

On even more dire occasions, the Waterhouse, St Andrew, native said her grandma, Sandra Smith, would accompany her to the bus stop to 'beg drive' in order for her to reach school. Though embarrassed, Jathan remained quiet, as she understood that her parents only wanted what was best for her.

The 23-year-old, now a sophomore majoring in biology [pre-med] at LeMoyne-Owen College (LOC) in Memphis, Tennessee, USA, was raised under trying circumstances by her mom, Aneika Walcott, in 'Cuba', a tough section of the often-volatile Waterhouse. Without paternal support, Walcott, 43, was unable to provide regular meals for Jathan and her two other daughters. Having watched how her mother and grandmother struggled to provide for her and her sisters Gabrielle and Breana, Jathan said she knew that education was her only way out and she desired to break the family's generational curse of poverty. At Campion, she was surrounded by classmates with more resources.

"I didn't have certain basic resources like school textbooks or Wi-Fi because I had to go to other people's houses to do my work. I borrowed people's computers and laptops, but I spent sleepless nights teaching myself because I had to go the extra mile with everything," she said. Jathan recalled days when even studying inside her home became a tedious task.

"My neighbours would be playing loud music from their speaker boxes which sometimes were right at my window. Then I lived where they would regularly keep events at night so I couldn't get rest for school the next day. There were times when the violence started to impact my emotional well-being. I used to play volleyball at school and sometimes I worried so much about coming home too late from training because of what was happening," she said.

Despite those challenges, Jathan performed well in both the Caribbean Secondary Education Certificate (CSEC) and the Caribbean Advanced Proficiency Examination (CAPE) exams. She attempted and passed nine subjects when she did CSEC, earning distinctions honours in both mathematics and principles of business. She later scored eight passes in CAPE at The Queen's School where she attended sixth form.

After her secondary level successes, Jathan's sojourn into tertiary education began at The University of West Indies, Mona (UWI) in 2018 where she majored in bio-chemistry.

However, her time at UWI only lasted for a year as she was awarded a full scholarship from New Seasons Youth Program, an organisation in the US state of Georgia that assists youth from Africa and the Caribbean with accessing tertiary education. She is seizing the opportunity thus far, maintaining a 4.0 GPA. Jathan was also recently chosen to represent LOC at the White House during a week of activities focused on Historically Black Colleges and Universities. There she made a presentation during a NASA competition, which her eight-member team won. Jathan said her dream is to become a paediatrician, and although she has passed the worst, is still not where she wants to be.

"With all the crime and the violence, with all the distractions in my community, seeing young girls being pregnant at an early age, the gang violence, I knew I wanted to come out of that. I am now working on taking my family out of that, and also to be able to reach to a point where I could give back to my community and wider Jamaica. I would love for young girls with a similar background to know that it is possible despite whatever struggles facing at their homes. I want to be able to make others think that Waterhouse is not only about guns, teenage pregnancy and gang violence," she said.