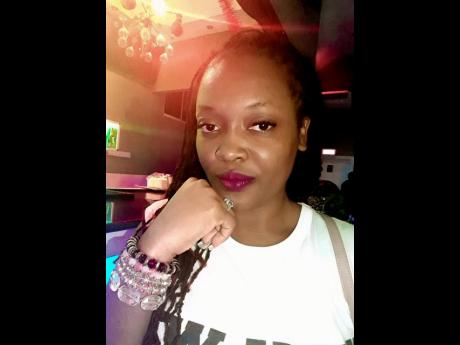 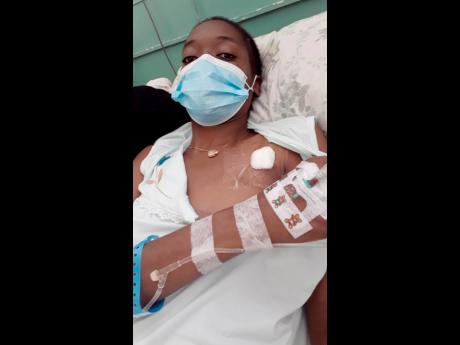 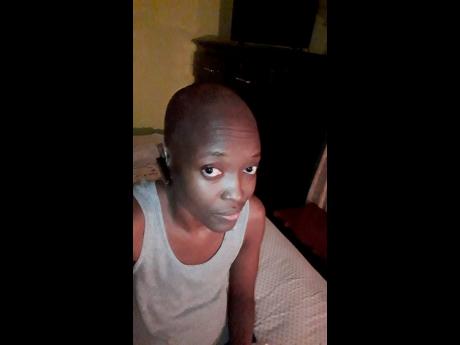 Like any parent, Horicia Wright, 39, is looking forward to seeing her daughter Julieanna graduate and get married, and that's why the Vere, Clarendon, resident is putting up the fight of her life against breast cancer.

"I refuse to give up. I don't even think about giving up because my daughter needs me and I need her. I am going to beat this no matter how hard it is," said Wright. Her life seemed normal until last January when her daughter, who was two at the time, playfully squeezed her left breast as she nursed her.

"When I placed my hand on it, I felt this big lump like a golf ball," she said. Wright, who has a history of cancer in her family, said she did not panic. She consulted her doctor who advised her to do a biopsy. She later received the unpleasant news that she had stage 2 breast cancer.

"It wasn't the news I wanted to hear but I have the mindset to deal with anything. I instantly just started to think about how best it was to deal and get rid of it. I had to be snappy and be positive for my Julie as I only have one child and I am her sole caregiver. I have to live for her," Wright said.

Last July, through the assistance of a GoFundMe account and other donations, Wright was able to do a mastectomy. But she told THE STAR that just weeks after removing her breast, she had to do two emergency operations as doctors detected two new lumps in her chest area.

"We didn't know they were there because I had on the plaster so I had to go back into surgery right away and it was horrible. I wasn't put to sleep for both surgeries and the last one was gruesome. I could smell my flesh burning when the laser was being used to cut my skin. I cried, I couldn't hold it nuh more," Wright said.

Wright then started the chemo and radiotherapy sessions, which caused 'fiery' side effects.

"I keep telling myself I have to do this for Julieanna. The treatments were like fire and I started feeling these side effects like within an hour after starting the treatment. In addition to feeling nauseous, I felt like I was standing in fire and being burnt all over. I felt like my body was burning up for days," she said. Due to her treatments, she had to stop breastfeeding, and sometimes felt like she was shunning her baby.

"She likes to gives little hugs and kisses but she couldn't come on the bed at all because I had on the drip bag. There was a time that I had to do a PET scan and I had to stay away from her for about two weeks because it was radioactive," she said.

Despite the rigorous therapy sessions, the cancer has spread to Wright's chest and is lingering right above her heart and left shoulder. Two other lumps have also been discovered in her right breast, so Wright is currently raising funds to have it removed. She said surgery and aftercare will require approximately $1.3 million.

"I am now at stage 3 but I don't know if after I do another MRI I will be at stage 4. This is really hard but I am very strong," she said. Wright said she is encouraging persons facing a similar battle not to give up on themselves.

"Follow your doctors' advice and have strong faith. Put God first and have a very clear mindset because if you don't, you will die," she said.