Manchester farmer protecting his pineapple at all costs 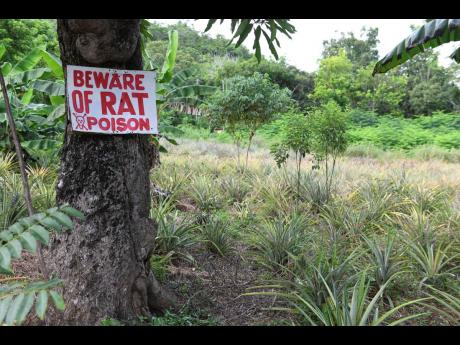 Jones makes it very clear that anyone seeking to take his fruits, particularly his pineapples, know their stomachs are in for a rough time. 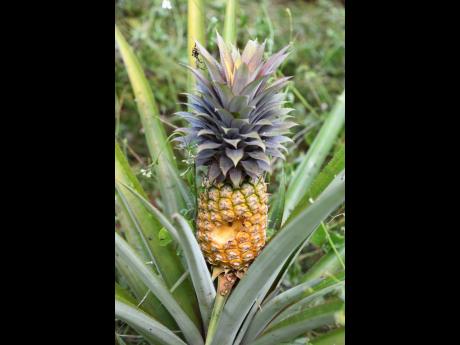 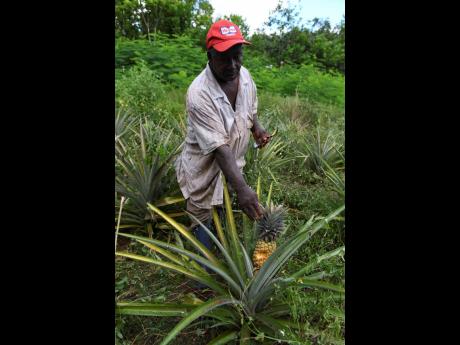 It's almost impossible to pass through Good Hope in Red Berry, Manchester, and not take a glance or two at Winston Jones' pine farm.

Just looking at the vibrant tropical fruit will leave one salivating until your eyes divert to the 'Beware of rat poison' warning sign at the farm's entrance. The warning is not only to ward off thieves, as Jones said he and other farmers have been plagued by rodents and have to set traps and bait to battle them.

"We have to put rat poison in the farm dem especially if yuh plant pine because the rat and mongoose will eat dem up. When yuh set the bait, it will ease down the rat population although dem will still bite the pine dem. If we nuh do that is serious loss a go reach mi because the mongoose dem will all eat off the cassava and ripe bananas dem. Dem rodents dem nuh play, enuh," he said.

Jones said he opted for the sign as he does not want trespassers to eat the fruit and other crops when they are in a 'poisonous' state.

"After we set the bait, the fruits and ting cannot be eaten during that time. We have a specific time before we can reap dem to sell or eat. Even if they are stealing the pines and other things, I wouldn't want to hurt anyone ... I don't normally have problems with thieves though," he said.

Winston Simpson, acting CEO of the Rural Agricultural Development Authority, said the infestation of rats and mongoose is not a major issue within the farming industry. However, he stated that they are often found in colder and more 'rainy' parishes.

"Usually when it's coming to rainy season, the rats and mongoose will seek warm places for nesting. So they will seek that comfort in the fields, but it's not a general problem. St Catherine, St Elizabeth, Manchester and Westmoreland are the pineapple areas, so once you keep the field clean and have good sanitisation, then the rodents will have nowhere to harbour," he said.

Jones has been a farmer for close to three decades but said he ventured into other business opportunities several times. A few years ago he returned fully to his fist love. He told THE STAR that pineapple farming can be profitable but said the younger folks have very little interest in getting their hands dirty.

"The younger youth dem not interested in farming, enuh. Even if dem come a one or two days, yuh nah see dem back. Right now is like we is the last generation who gonna be interested in it so very soon Jamaica gonna have to start import every kinda food. I am willing to teach them but not everyone is interested in it and mi kinda worried," he said.