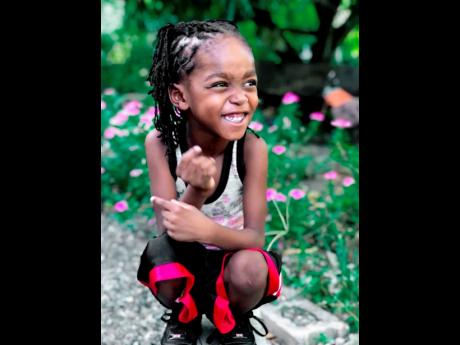 Four-year-old Tre,Quan Gabay is in need of surgical repair to his heart. 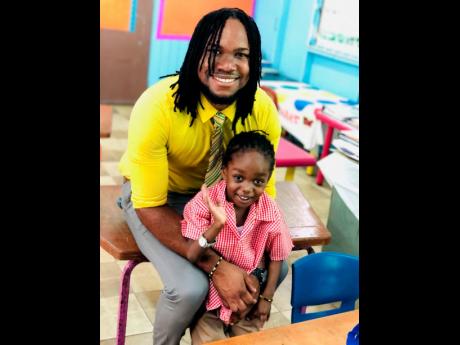 In the four years since his son, Tre,Quan, was born, Fabian Gabay has not been able to take him on daily walks, play football or even teach him to ride his bike.

Tre,Quan is suffering from a heart condition, tetralogy of fallot, which is a birth defect that affects normal blood flow.

Gabay, who hails from Linstead, St Catherine, said he has grown weary as they have been waiting on an appointment date for a corrective surgery at the Bustamante Hospital for Children since the child was born. He said he is aware that the facility might have issues with capacity, but he is pleading with them to make haste to address Tre,Quan's situation.

"It has been torture for years and now that he is getting older, the condition worsens and he is not able to live like a child. I am devastated by the thought that the worse may happen. He is a brilliant child. The few times he was able to go to school, the teacher was impressed. But he is not able to stay in school because of his condition. I just want my son to have a normal life and stop hurting. I am just asking the hospital to please make haste and to address his situation," he said.

The Bustamante Hospital for Children has a state-of-the-art paediatric cardiac centre, which was opened in 2019, the year Tre,Quan was born. The centre is designed to offer full surgical and after-care cardiac services for children. It boasts a 10-bed intensive care unit, an operating theatre and a biplane catheterisation laboratory, and has the potential to conduct up to 220 cardiac procedures annually.

It is unclear why Tre,Quan is yet to have an operation done. THE WEEKEND STAR tried contacting Dr Michelle-Ann Richards-Dawson, senior medical officer at the hospital, on Thursday, but calls to her cellphone went unanswered.

Gabay, meanwhile, is anxiously awaiting word for the hospital.

"The other day we had an appointment at the hospital and he had a blue spell. He basically had something like a cardiac arrest and he had to be admitted at the hospital for over a week, and even then he was not given a date for the surgery and he is getting worse," the father said.

According to medics, children who have had complete tetralogy repair are able to participate in normal activities without much increased risk. Gabay said doctors initially blamed the COVID-19 pandemic for not being able to schedule his son for a surgery, but now "they are saying it is up to the surgeon".

He is confident that with surgery and treatment Tre,Quan could live a fulfilling life.

The 31-year-old father told THE WEEKEND STAR that because of his condition, Tre,Quan has to be supervised constantly.

"My son is very smart and quick so for him there are endless possibilities. He likes sports and even though he is not in the physical condition, I think he could be very athletic. He is very hyperactive but his body just cannot keep up. There are times when I am walking on the road and I see parents holding their child and I can't even do that. Everywhere I am going we have to lift him up. The older he is getting, the harder it becomes," Gabay said.