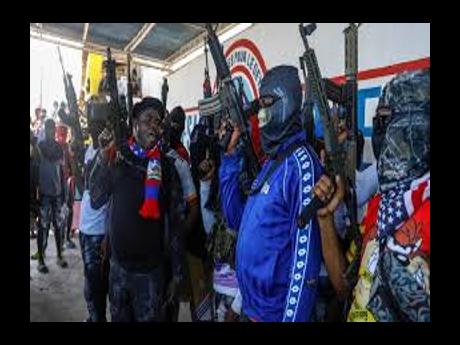 PORT-AU-PRINCE, Haiti, Nov 28, HCNN/CMC – Several thousand people have been gunned down in Haiti this year, as a result of violence caused by heavily armed gangs calling the shots in the capital’s poor and densely populated slum areas, in complete defiance of the Caribbean country’s authorities and frail police force, human rights groups say.

Defenders Plus (Défenseurs Plus), a prominent Haitian rights group, said at least 2769 people have been killed in the country from January 1 to October 31, while dozens others wounded were admitted to the hospital, this year.

“Two thousand, seven hundred and sixty-nine people were killed in the capital’s metropolitan area from January 1 to October 30, 2022,” Antonal Mortimé, head of the human rights organisation, told HCNN on Monday.

“But this figure does not include a number of people who died in hospitals after being attacked and injured,” headed.

Several rights groups have called attention to an exponential increase in violence in Haiti and complained about the fact that people do not seem to bother anymore about seeing dead bodies on the streets in their neighbourhoods.

“On many occasions, you see corpses lying on the ground, while everyone goes about their normal business, as if nothing had happened,” Mortimé said.

“Therefore, what should have been seen as tragic is considered normal,” the rights advocate told HCNN, adding “also there have been more than 20,000 people displaced, during the past months, just in the capital”.

Mortimé said that 85 per cent of those murdered were gunned down, while the 25 per cent fell victim to mob violence or bladed weapon attacks.

Another rights group, Justice & Peace Commission, known as CE-JILAP in French and linked to the Catholic Church, has, on its part, indicated that they have collected data showing that 863 people were killed, mostly by gunshots, from January to November 2022.

“Eight hundred and sixty-three people have been killed, including 792 by gunshots. Among those killed there were also 83 women, 11 children and 38 policemen,” Jocelyne Colas, CE-JILAP’s national director, stated over the weekend.

Colas, however, admitted that the figures released by her organisation represent a very conservative estimate of the total number of fatal victims since the beginning of the year.

Human rights observers say that more than 20,000 people have been displaced over the past few months, as a result of gang violence in the metropolitan area of the capital Port-au-Prince.

Police officers often desert their own headquarters, fleeing danger posed by bandits, and leaving thousands in the hands of criminals, acting with complete impunity.

The international community, through the UN Security Council, decided last month to approve a series of sanctions aimed at quelling gang violence and getting Haitian political protagonists to come to an agreement, likely to help put an end to the everlasting political stalemate, choking the country’s economy and worsening the already dire humanitarian situation.

Travel ban, freezing of assets are among the restrictive measures so far implemented by the US and Canada against a number of Haitian politicians, in a move to punish those suspected of impeding government’s efforts to end the political deadlock.