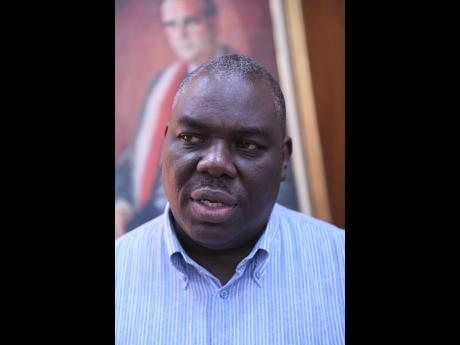 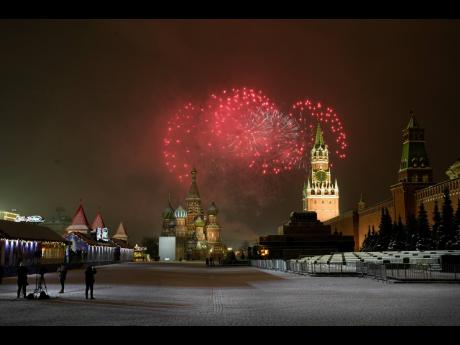 Fireworks explode over St Basil’s Cathedral and the Kremlin with the Spasskaya Tower on an empty Red Square in Moscow, Russia, on January 1.
1
2

As Jamaicans prepare to celebrate a Yuletide season, THE WEEKEND STAR caught up with Registrar of The University of the West Indies (UWI), Mona campus, Dr Donovan Stanberry, to ask him about celebrating Christmas behind the Iron Curtain.

Stanberry studied at Moscow Agricultural Academy and graduated with a master's degree in agriculture economics in 1992.

"I started in the Soviet Union and ended in Russia, so I was there before, during and after the change -- the breaking-up of the Soviet Union," Stanberry explained, referencing the fall of the Berlin Wall on November 9, 1989.

The Berlin Wall was a symbol of the Iron Curtain, and its destruction marked the end of communist power in Germany. Its fall was a pivotal event in world history as it was one of the series of events that started the fall of communism in Eastern and Central Europe.

In Russia, December 25 never caught on as a public holiday. In fact, Russians celebrate Christmas on January 7. When the Soviet Union undertook its calendar reform in February 1918, they moved from the Julian calendar to the Gregorian. This move resulted in a loss of 13 days, so that February 1, 1918, became February 14.

"I have had exams on Christmas Day in Russia because it wasn't a recognised holiday during that time. But what they lose in Christmas celebrations they more than made for in observing New Year's Day, which is really a big thing. All the trappings of Christmas were transferred to New Year's celebration. They had the trees, they decorated, they have the cake, and Lord they have the booze," he said.

"That was their way of breaking with the past and ringing in the New Year. And in keeping with the tradition every woman felt that they have to go the party with a man on their arm," he added.

Stanberry, who is a lay preacher in the Seventh-day Adventist Church, admitted that his denomination is not big on Christmas, but by virtue of the celebrations of his extended family, he sometimes gets caught up in some of the 'nyammings' of the season. However, in a country many miles from home, alone and surrounded by the snow and cold, away from any relatives, his reality was far different.

"Oh, I still cherish those memories, but of course, as foreign students the Jamaican community would get together either as a large group, or in smaller groupings, and try and make the best Christmas meal after school. But the celebrations were quite muted since they were careful not to offend the sensibilities of the local population," Stanberry said.