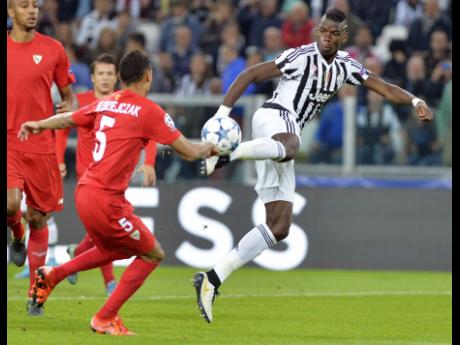 Sevilla's Timothee Kolodziejczak (left) and Juventus' Paul Pogba fight for the ball during their Champions League group D match at the Juventus Stadium in Turin, Italy, on September 30. 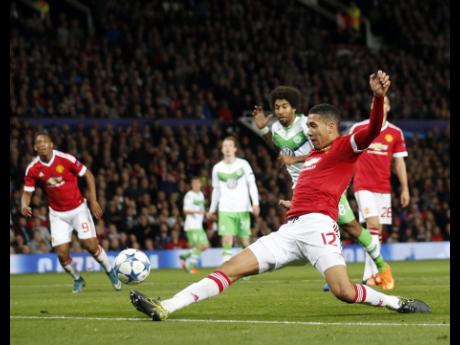 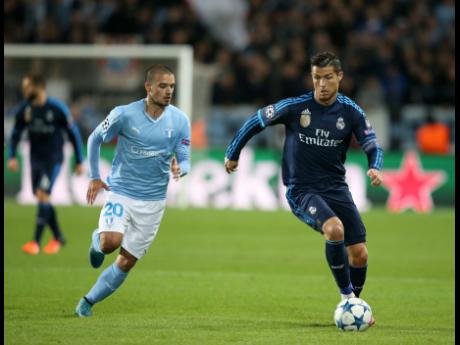 Juan Mata scored one goal and set up another as Manchester United came from behind to beat Wolfsburg 2-1 yesterday for their first win in Group B of the Champions League.

Daniel Caligiuri took advantage of some slack defending from United to put Wolfsburg ahead after four minutes, but Mata won and converted a penalty to equalise before half time.

The Spanish midfielder then back-heeled a pass straight into the path of Chris Smalling, who slotted the ball past Diego Benaglio to seal the three points in the 53rd minute.

In Turin, Juventus eased to a 2-0 win over Sevilla to move top of Group D.

Juventus, which beat Manchester City in their opening group match, are three points above both Sevilla and City, which won 2-1 at Borussia Monchengladbach.

PSG won 3-0 at Shaktar Donetsk while Galatasaray were held 2-2 playing on the road to FC Astana.