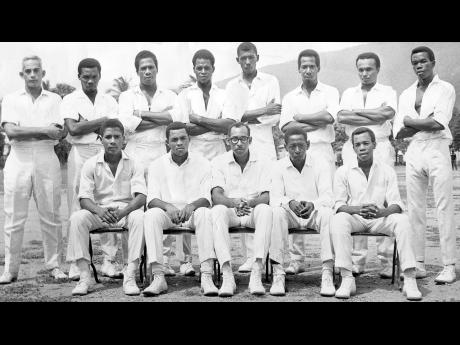 Arthur Barrett, one of Jamaica's greatest ever leg-spin bowler, is dead. Barrett, 73, died in the early hours of Monday morning at his home after suffering from cancer.

Playing for Jamaica, along with the likes of Easton McMorris - captain, Maurice Foster, Lawrence Rowe, Renford Pinnock, Victor Fray, Linden Wright, Othneil Miles, and Wellington, Barrett was an integral part of Jamaica's first regional championship team in 1969 when they won the then Shell Shield tournament.

In that year, he took six wickets for 18 runs against Barbados at Kensington Oval.

In the following year, he took six for 78 against Guyana at Sabina Park, and scored 102 not out, batting at number eight, going to bat at 132 for six, and scoring his runs out of the last 152 of the total of 287 runs, against the Combined Islands.

He also took 10 for 82 in that match to become the first cricketer in regional cricket to score a century and take 10 wickets in the same match.

When he was told that he was the first cricketer to have done that, he remarked, jokingly, "then Sobers never played regionally."

Known as "Victor Trumper", a great Australian batsman of the early 20th century because of his stylish batting, Barrett once scored a century, batting at number three, for Melbourne against Kensington while sharing a match-winning last-wicket partnership with Ruddy Williams.

Barrett played in 42 matches for Jamaica, scored 1,086 runs, and took 134 wickets. He also represented the West Indies on six occasions.