Moving on - Blake putting Commonwealth Games disappointment behind him 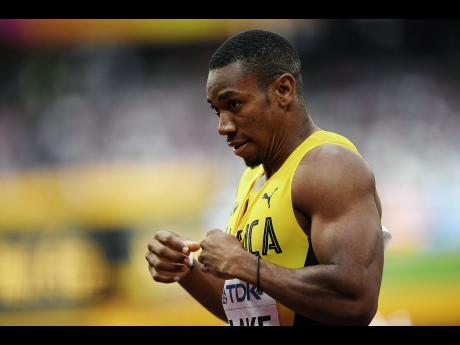 Yohan Blake said that he is ready to put the disappointment of the recently-concluded Commonwealth Games in Gold Coast, Australia, behind him.

After coming into the Games as the clear favourite to win the gold medal, Blake finished third in the 100m behind the South African duo of Akani Simbine and Henricho Bruintjies.

"It was a good Commonwealth. I'm a bit disappointed knowing that I was the favourite and I didn't do what was expected; some little technical difficulties can cause you problems. I was feeling good and I am still feeling good," Blake said. "But coach [Glen Mills] said that I should not worry. He has his plans, so I am just working with him and move on."

Blake entered the final with the fastest time of 10.06 seconds, but found himself in trouble in the early stages of the race, when he stumbled. He tried to recover his balance, but his effort proved futile, as he staggered to the line in 10.19 seconds for the bronze medal.

The former St Jago High School athlete admitted that he might have been a little anxious before the race, which contributed to his mishap.

"Sometimes it can be mental; trying to think too much about the race or trying to get out too hard," Blake said.

He said, however, that he is still expecting great things for the rest of the season.

"I still think I have it in me and I looking forward to that," Blake said.