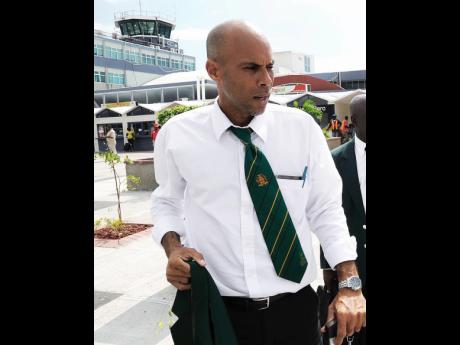 Media revealed on Monday that Mushtaq had joined the Windies set-up on a four-week stint but Adams said that it was hoped the former Test bowler's services could be utilised on an ongoing basis beyond the initial period.

"Although this initial stint is four weeks, both parties are already discussing the possibility of engaging Ahmed on a more regular basis in the future," said Adams, a former Windies captain.

"Not only to work with our players but just as importantly with our coaches in the region."

Mushtaq will work with Windies, Windies Women and Windies A in preparation for upcoming tours.

Significantly, the Windies welcome Sri Lanka for a three-Test tour starting in June and Mushtaq's contract, which runs from May 10 to June 7, coincides with the preparation period for that series.

The 47-year-old spent six years as a spin consultant with the England side, helping them win the Twenty20 World Cup and the Ashes series, and has also served as head of the Pakistan Cricket Academy.

Adams said he expected Mushtaq to bring high value to all three squads.

"I am pleased to welcome Mushtaq Ahmed into the Caribbean and look forward to his upcoming period with our elite squads," Adams said.

"Mushtaq comes with a wealth of experience of having worked for a long time with elite level spinners, and I am sure he will add value to our High-Performance programmes.

"I am hopeful that we can engage Mushtaq beyond this initial four-week period and have him here in the West Indies on a more consistent basis sharing his expertise with both players and coaches across the region."