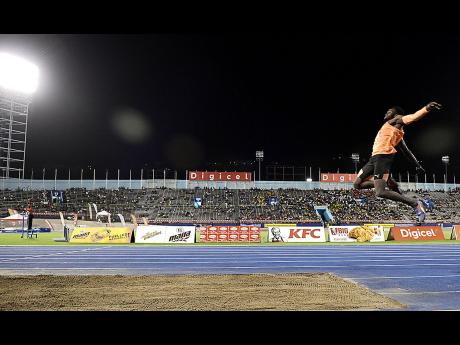 Ramone Bailey competing in the mens long jump at the GC Foster Classics earlier this year. 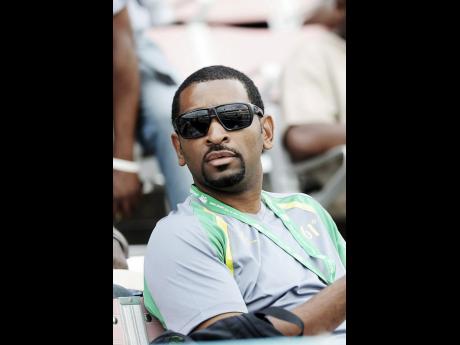 Noted coach David Riley thinks that Jamaica could be a force in the men's long jump at the Tokyo Olympics. But although encouraged by progress made by the likes of Tajay Gayle and Ramone Bailey, Riley warns, that Jamaica is lagging behind in other jumping disciplines.

Speaking at the launch of the Wesley Powell Memorial track event on November 21, Riley observed: "We see the progress even at the youth and junior level, and, of course, that's where we're hoping to retain them into the senior programme."

Noting that in 2018, eight Jamaican men jumped past 7.80 metres, he calculated, "The senior programme has a group of persons who have a lot of ability; lots of people [have jumped] 7.80 and higher [and] could actually get over the 8-metre mark, and it should be very interesting."

"I think we're getting there in the long jump," surmised the coach, who tutored Bailey to back-to-back national titles, gold at the CAC Games, and bronze medals at both the NACAC Championships in Toronto and the Athletics World Cup in London.

He is particularly pleased that the group of jumpers is young enough to peak in 2020 when the Olympic Games will be hosted for the second time in Tokyo, Japan.

"There is still a very good crop of jumpers in the early 20s to mid-20s age group, persons who'd be a factor in 2020, and we just have to be deliberate in the planning and guide them to world dominance."

Gayle, the University of Technology student who has the longest jump by a Jamaican at 8.24 metres, is just 22, while Bailey is 27. Added to that, Kingston College schoolboy Wayne Pinnock took third place at the World Under-20 Championships in Finland.

The list of possible Tokyo team candidates includes 2016 Olympian Damar Forbes, who is 27.

Riley had high praise for Gayle, who added 24 centimetres to his former personal best of 8.00 metres.

"He's the most consistent and he definitely [jumped] over 8.20 and he's done it a couple times, so that is good."

In the triple jump, 21-year-old Jordan Scott led all Jamaicans at 16.82 metres, with Odaine Lewis and Clayton Brown, second and third on the Jamaican 2018 performance list, respectively, both approaching 22. The 2016 Olympian Clive Pullen is just 24.

In the women's triple, the ladies who won gold and silver at the Commonwealth Games, Kimberly Williams and Shanieka Ricketts, respectivly, are 30 and 26, respectively.

He believes that a more deliberate approach to development would bear dividends and that coaches need to select speedy athletes to jump.