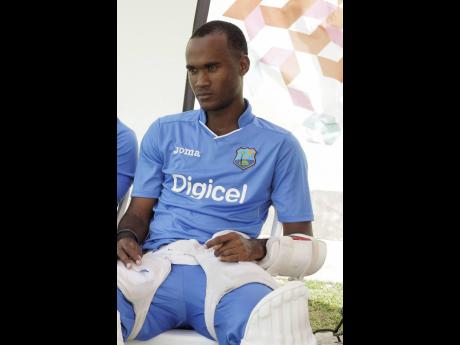 Captain Kraigg Brathwaite has pointed to Barbados Pride's pace battery as the main reason for their success in the first class championship this season.

Pride were declared winners on Tuesday after Cricket West Indies took the decision to cancel the two final rounds of the 10-match season because of the impact of the coronavirus pandemic on the region.

At the end of the eighth round, Pride topped the standings with 134.8 points, well clear of second-place Trinidad and Tobago Red Force on 94.6.

"I think we did a fairly good job in all departments, but the bowlers - the pacers - really led the way for us," said Brathwaite.

"Generally, I think all departments were pretty good and we stuck to the game plan throughout the season ... but it was really our two young pacers, Holder and Harding, that really did a good job for us."

He added: "To see our two young pacers, Chemar Holder and Keon Harding, getting more than 25 wickets apiece this season. It was magnificent to see them rise to the challenge. We had a number of players stepping up on occasions throughout the season."

The 22-year-old Holder enjoyed a standout season with 36 wickets at nearly 19 runs apiece, while Harding, 23, was also extremely impressive with a 29-wicket haul at an average of 23.

Brathwaite also praised all-rounder Kyle Mayers who spearheaded the side's batting with 654 runs in his first season for his native franchise.

The 27-year-old left-hander notched two hundreds and five fifties to be one of just three batsmen to pass the 600-run mark along with Jamaica Scorpions' Jermaine Blackwood (768) and veteran Windward Islands Volcanoes left-hander Devon Smith (649).

However, the Test opener conceded Pride's batting had not quite lived up to expectations. Brathwaite endured an ordinary season with 468 runs at an average of 33, while Test star Shamarh Brooks averaged 18 after mustering a mere 263 runs from eight matches.

The title was Barbados' 23rd in the modern era of the championship and the success ended a run of five successive titles for the usually dominant Guyana Jaguars, who ended joint third this season.