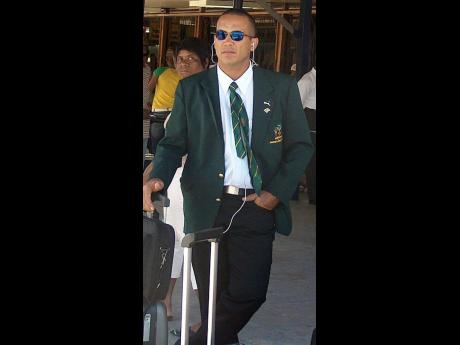 The 2007-2008 season was the last time Jamaicans got a chance to see Gareth Breese wear the national colours for the senior men's cricket team.

The off-spinning all-rounder, who played just one Test match for the Windies in 2002, was a regular in the Jamaica cricket set-up for over a decade before moving to England in 2004 to take up a contract with English county side Durham.

Breese played 125 first-class games, scoring 4,693 runs, and took 287 wickets before he retired in 2014 after scoring the winning runs for Durham that year in the final of the Royal London One-Day Cup at Lord's in his final appearance.

The former Wolmer's Boy's graduate, now 44, lives in Durham in the north-east of England where he is now the England Women's pathway performance coach for the England and Wales Cricket Board.

After an illustrious county career spanning 11 years, Breese says he is enjoying life as a coach in what has been a fulfilling career so far.

"I have been working with England's women's team for just over two years now, working with the senior team and the academy players as a spin bowling coach," Breese said. "I was in the Caribbean with the England team in 2018 for the T20 World Cup and then again in Australia this past March, and I must say I have been enjoying every minute of the job."

With no cricket since March because of the coronavirus pandemic, Breese has been furloughed, but he is hoping to get back to work as soon as sports are allowed in the United Kingdom again.

"This is the longest extended time I have had off since I retired, but I am really enjoying spending time with the family, and I am just looking forward to getting back to work at some point."

The right-hander said that he misses Jamaica, and he has not ruled out returning to coach.

"I can't say no, and I can't say yes," he said. "I am just enjoying what I am doing here now, but I don't know where the future lies or where it will take me, so we just have to wait and see."