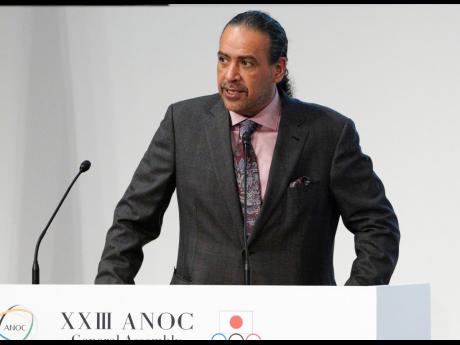 Sheikh Ahmad, who gave up his own FIFA Council seat in 2017 after being implicated in vote-buying by United States federal prosecutors, was alleged by one candidate in the April 2019 football election in Asia to have offered her inducements to withdraw.

The Court of Arbitration for Sport said its judges ruled the election was "subject to improper influence." The court's statement did not identify the Kuwaiti sheikh.

The judges also decided the Asian Football Confederation failed to protect its own election from gender discrimination.

However, the court denied the request in candidate Mariyam Mohamed's appeal to have the election annulled or re-run despite broadly agreeing with her arguments.

The inducements "were not effective," the court said in its statement, because Mohamed "did not withdraw her candidature."

"In that respect, while the panel found the third-party interference established, it underlined that it did not, in the end, have an effect on the elections," CAS said.

Mohamed, a football official from the Maldives, lost to her opponent from Bangladesh 31-15 in the poll of AFC member federations.

The winner, Mahfuza Akhter Kiron, got a four-year term representing Asia on the 37-member FIFA Council.

Each of world football's six continental bodies are required to elect at least one woman to FIFA's decision-making committee. Since the quota places were introduced by FIFA, men have continued to be elected to their seats without any female opponents.

Mohamed filed a formal complaint to the AFC election commission after the poll held in Kuala Lumpur, Malaysia.

She alleged the sheikh told her in a luxury hotel meeting ahead of the vote she had no future in football if she stayed in the election. She alleged she was offered other positions in international football.

The CAS judges said the AFC commission's failure to make a timely investigation was a "denial of justice."

However, the court said the commission did not have standing to annul or re-run elections.

Sheikh Ahmad's intervention in the Asian soccer elections came two years after he was implicated in a Brooklyn federal court of bribing Asian soccer officials to influence elections to positions in the AFC and FIFA. He denied wrongdoing but that case soon forced him out of an election to retain his FIFA Council seat.