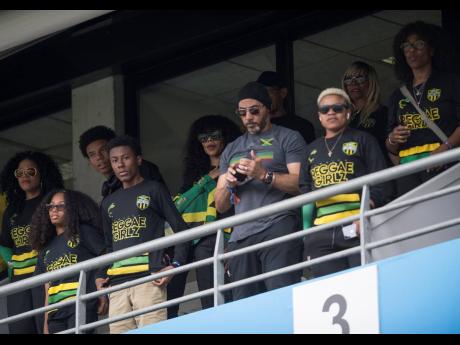 File Reggae Girlz ambassador Cedella Marley (centre in shades) stands during the playing of Jamaica’s National Anthem at the Reggae Girlz’s first round match against Italy at the 2019 FIFA Women’s World Cup. 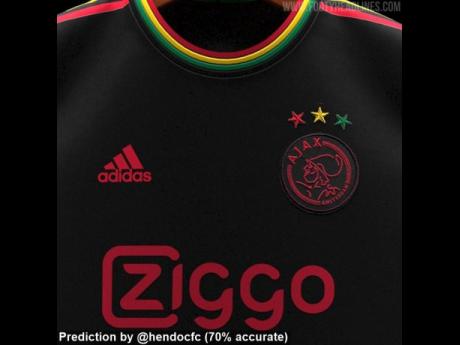 Dutch football giant Ajax Amsterdam will pay tribute to reggae icon Bob Marley with one of its team kits for the 2021-2022 Eredivisie (Netherlands) season.

The kit, inspired by Marley's song, Three Little Birds, which has become the unofficial anthem for the Amsterdam club, will be black and will feature the Rastafarian colours of red, gold and green.

Daughter of the reggae legend, Reggae Girlz ambassador and Bob Marley group of companies CEO, Cedella Marley, said the Marley group is proud to have partnered with the famous European club in developing the design, and to see the impact the kit is having.

"We are very proud of this collaboration. My father's love for football is well known and we've seen and heard from many footballers that his music inspires them.

"Even our own Khadija Shaw talks about how she listens to his music before every game. Collaborating with Ajax in this way is a natural fit for the Bob Marley group," she told STAR Sports.

"Our team worked with our licensees at every step in the design and production process. Ajax has done a great job with the new kit.

"The energetic reaction from fans of Marley, Ajax, and football on a whole shows once again the powerful impact that can happen when people come together behind a common goal with positive intentions," she added.

The kit will be one of three the club plans on wearing next season. It will be in black with the Adidas three stripes coloured in red, green and gold around the shoulders, while three little birds will be on the neck, underlined by Xs in matching colours.

The club crest, the manufacturer's logo and the shirt sponsor's logos, which will all occupy the front of the shirt, will be in red.

The kit, manufactured by Adidas, is yet to be released but it has been creating a buzz on social media since it was leaked to the public on Tuesday, and Ajax and non-Ajax fans alike are eagerly awaiting pre-orders to open.

"Never bought a jersey for any other club but I think I'll make an exception for this one," tweeted one football fan.

Another wrote, "I would sleep at the shop for days to get this kit. Hoping it will happen."

The shirt is already being touted as a contender for Eredivisie shirt of the season. The club will also sport their regular red and white home shirt and a glacial blue away kit next season.

The Dutch giants adopted Marley's famous song Three Little Birds as an unofficial anthem after a preseason friendly against Cardiff City in 2008. The song is regularly sung at the Johan Cryuff Arena, the team's home, ever since.